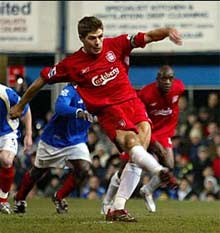 Another Nail In Football’s Coffin

If, as expected, the Premier League fixture away at Arsenal is switched to a 4pm kick off on Christmas Eve then this would represent another nail in football’s coffin as far as we are concerned. Sky will have hammered another blow to all those fans that take the trouble to travel to games.

Before the armchair fans register their disagreement, let’s all consider the match going fans (for once!!!). How much longer will fans put up with this. It is not just Liverpool fans though. Let’s be clear about that. Fans of all Premier League clubs, Championship clubs and Scottish Premier clubs in the UK are also affected. Yes, clubs in other European countries are also affected, but let’s concentrate on what’s on our doorstep.

It is probably a silly question to ask if you think the Premier League and Sky have remotely considered match going fans. Of course they haven’t. Have they thought of the logistics of Liverpool fans travelling back to Merseyside after the games finished at about 6pm? Are Sky bothered if these fans cannot start their Christmas festivities with their families when everyone else does? Again, of course they don’t.

As already stated, this does not only affect Liverpool. But as this is a Liverpool Blog then we are reporting it from a Liverpool perspective. If fans of other clubs are reading this, then feel free to join in. On this occasion, especially you Arsenal fans. Arsenal, as well as Liverpool, have fans that travel from all over the globe to watch them.

When the fixtures first came out, so many fans will have planned their trips to fit in with the original date of 3pm, 23rd December. Are the Premier League and Sky bothered by this disruption? Again, of course they’re not.

Another Nail In Football’s Coffin

It’s not all the Premier League’s and Sky’s fault though. Many match going fans said back in 1992 that our clubs had sold their souls to the Devil. Other TV companies are guilty, but Sky are the main offenders. As an example, the BBC are just as bad, but on a smaller scale. Not so long ago – 2015/16 season – Liverpool were drawn away to Exeter in the FA Cup 3rd Round. Well that’s not so bad for a Saturday 3pm kick-off. Oh, hang on, the game wasn’t played then. It was moved to the Friday night, 8th January.

As Liverpool fans frantically checked the travel itineraries, what did they find? Well, the last train leaving Exeter for Liverpool was scheduled for just before 9pm. Fancy watching the first half only anyone? To rub salt in the wounds, this train journey included 3 changes. Not to worry though, it would only take 10 hours and 45 minutes to get home!! Just in time to grab a breakfast bacon buttie at a Lime Street cafe before finally heading home.

In the next round, Liverpool were drawn away to Portsmouth. Surely the TV companies would not be so callous again and ask, sorry…TELL us, to play at a ridiculous time!! Yep, you guessed it, they sure did. But only worse this time. This was a Sunday evening kick off. You know, that day in the week when access to public transport was so much more scarce than other days.

The Clubs Are As Bad

Of course the TV companies would not be able to suggest….sorry, TELL us about these ridiculous kick off times if our clubs weren’t complicit. I remember only too well our first moans about a silly kick off time. It was in the 1994/95 League Cup Final against Bolton. Two teams from the North West of England were to play at Wembley in London….late on a Sunday afternoon!! Fortunately we won (the Steve McManaman Final) 2-0, so it softened the blow of the horrible journey back. You could only feel sorry for the Bolton fans though. The trip home was awful. Still, we thought, we’d put up with it if it was to be one-off. How wrong we were. I seem to recall that Roy Evans (Liverpool manager at the time) making some gesture comment at the time on behalf of the fans. Too little, too late.

Sadly for many fans, TV football is not only here to stay, but it seems the requests….sorry, the DEMANDS, from the TV companies to play at silly times are going to escalate. I have long said that if the TV companies asked us, sorry TOLD us, to play Everton at midnight on the moon in the middle of June, the club would make a muted attempt at some sort of protest. But then, after seeing all the extra ‘000’s at the end of the cheque they would back down. Comments along the lines, “our fans are the best in the world. They would travel anywhere in their numbers to follow us”. In other words, shut up fans and get on with it.

Of course TV football is here to stay, let’s make that clear. And of course we are not advocating that it shouldn’t be. But, even though we match going fans think it has already got well out of hand, all we are asking is some recognition of those that travel to games. I’ve lost count of the times weekend plans have had to be rescheduled as a result of TV fixture changes.

How long will it be before fans say, “we’ve had enough”. Clearly, this has already started to happen to some degree. You only have to look at FA Cup and League Cup attendances at some of the Premier League grounds to see this. Even some of the Champions League and Europa League games don’t sell out. But again, are the TV companies bothered about it? Yet again, of course they’re not. But they should be. And so should the clubs. Even more so.

This is a heartfelt plea to the clubs and the TV companies. Please give something back to the bread and butter match going fans. At least meet them halfway in some instances. Hands up anyone if they wouldn’t be bothered if there wasn’t a 4pm match on Christmas Eve? We are sure fans everywhere wouldn’t mind not seeing a match then. Particularly as Sky absolutely batter football over the Christmas period.

So, come on Sky and OUR CLUBS…..make a stand for the real fans every now and then.

Over To The Fans

What do you reckon fans? Not just Liverpool fans, but all fans. Should there be a getting together of Supporters Clubs, the Clubs themselves and the TV companies. If this is not feasible, what next? Fans to boycott games? Petitions raised to show the levels of discontent. Over to you fans. What do we need to do to prevent another nail in football’s coffin?

Please share with your own friends and let us all come together on this.

Reds Held To A Draw In Moscow

(28231)
£11.87 (as of August 9, 2022 17:23 GMT +00:00 - More infoProduct prices and availability are accurate as of the date/time indicated and are subject to change. Any price and availability information displayed on [relevant Amazon Site(s), as applicable] at the time of purchase will apply to the purchase of this product.)
Science in Sport delivering superior sports nutrition, so you can train harder, race faster and recover quicker. 800ml Drinks Bottle For use with SIS Products or any other brand! Great quality & highly durable Made in the EU

(14)
30% Off £20.00 £14.00 (as of August 9, 2022 17:23 GMT +00:00 - More infoProduct prices and availability are accurate as of the date/time indicated and are subject to change. Any price and availability information displayed on [relevant Amazon Site(s), as applicable] at the time of purchase will apply to the purchase of this product.) 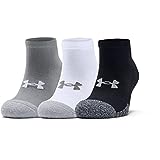 (1632)
29% Off £7.95 £5.60 (as of August 9, 2022 17:23 GMT +00:00 - More infoProduct prices and availability are accurate as of the date/time indicated and are subject to change. Any price and availability information displayed on [relevant Amazon Site(s), as applicable] at the time of purchase will apply to the purchase of this product.)
Sweat-Wicking Material – These sports socks are made with HeatGear fabric which wicks sweat away from your skin to keep you cool, dry and light. Lasting Freshness – These ankle socks have anti-odour technology to prevent the growth of odour-causing m... read more