Do We Need A Specialist Defensive Coach?

September 18, 2017 Fans Corner, View From The Kop No Comments

The 1-1 draw with Burnley on Saturday (16/09/17) provided us with yet more examples of poor defensive play. On the way out of the ground I mentioned that the game was another Groundhog Day. Total domination in terms of possession, corners and shots but yet again we do not get what we deserve – maximum points. We had 70%+ possession, 35 shots to their 5 and 12 corners to their 2 but still only 1 point.

The Burnley defence in contrast looked assured, composed and solid. One illustration of the differences between the two defences can be summed up by the corner count. Our 12 corners again did not muster one chance or half chance on goal. Was that because of poor delivery, poor movement or good defending? Or maybe, a combination of some or all of the 3 factors. Burnley’s two corners however caused mayhem in our defence.

Their first corner came in the 78th or 79th minute. And let’s not forget how it came about. Burnley had a throw in on their right hand side attacking the Kop end. As the long throw came in, only two players challenged for the ball….and they were both in red shirts!! Emre Can was clearly stretching for the ball. Ragnar Klavan was better placed behind him and could have cleared his lines comfortably. However, he either didn’t call, or if he did, Can ignored or didn’t hear him!! Did Mignolet command the situation? It would appear not. Can proceeded to head a simple ball out for a corner. Cue panic stations in our penalty area and in the stands.

The resulting corner came in and Ben Mee, the Burnley centre-back who had played so well defensively at the heart of the Burnley defence, was afforded a free header. He thought he had scored until Joel Matip popped up on the line to head over. A close call and lesson learned. Not quite. The next corner, aimed towards the same far post area was met by….yes, you guessed it, Ben Mee. Another free header but this time Simon Mignolet pulled off a decent save to keep us in with a shout for a point.

Absolutely awful defending and another example of a long running problem we seem to have had for several years it would appear.

It does beg the question if they do practice corners in training. On the face of it, it looks as though maybe there is not too much time spent on this phase of play.

Do we have one? I’m not aware that we do. If so, who is it? If, as suspected we don’t, then it may be time that we did look at this area of concern. And as quick as we can as well. But who do we look to turn to for this specialist role? One name automatically springs to mind. He is not only a coach, but is also a Reds legend. So many boxes ticked as he knows the club and he knows the Premier League so well. I am of course talking about Sami Hyypia. Now, to be fair, Hyypia’s stint as a manager has not been brilliant to say the least. He failed at Bayern Leverkusen in the German Bundesliga, Brighton in the Championship and at FC Zurich in the Swiss Super League. All posts ended with him being relieved from his duties.

That being said, that doesn’t mean he would fail at being a specialist defensive coach. He may not have succeeded as a Head Coach, but if he was only dedicated to what he knows best – defending, then he may be exactly what we are looking for. Also, as he chipped in with 35 goals in his spell at Liverpool, he may also be able to offer opinions on our corner techniques at the other end of the pitch.

Another good reason to consider him is that he would join another Reds legend, Steven Gerrard, on the coaching staff at Liverpool.

If he is not considered an option then surely there must be somebody else that can come in and assist. Jamie Carragher anyone?

We can talk long and hard about missed chances at the other end and of course that is something else we need to address. But for many sides, two goals at home to a very average looking Sevilla and one at home to Burnley, would be enough to assure a victory.

Much as it pains us to say, just take a look at both of the Manchester clubs. As impressive as their goals for record is looking, just as impressive is their goals against column. Not only a hatful of goals scored, but clean sheets as well. It seems that in most situations if either Manchester City or Manchester United score first then it is invariably game over. We used to be like that under Rafa Benitez and Gerard Houllier. So strong at the back. While we are in no way advocating for a managerial change, we are very concerned at how fragile we look at the back. Surely we can’t rely on outscoring teams in every match no matter how dominant we are.

Not Only The Back Four

It may seem that the only area of concern is the back four (or back 3 or 5 as the case may be). This may seem to be the case in that we mentioned Big Sami and the examples above. But, it is not only our back four. As bad as it is at times, there is often so little protection provided by the midfield. So many see the signing of Virgil Van Dijk as being the sole answer. But even if we had a commanding centre back like Van Dijk, our style of play would still leave our centre backs exposed two against two on many occasions, but at least a really good one v one centre back and a good organiser (like Van Dijk) would go some way to solving our defensive woes.

One thing is certain however, we need to do something and do something quickly before the season goes pear shaped. For me and others that sit by me on the Kop our back four should be Gomez plus 3 others. A lot of pressure to put on young shoulders but so far, he has shown to be more than capable. If Clyne was fit my preferred back four, before we buy anyone in January or next summer, would be Clyne, Gomez, Matip and Robertson.

Hopefully we will put this right very soon and we can spend more time speaking about how exciting we are going forward and the amount of goals we are scoring.

Arsenal Blown Away With Ease 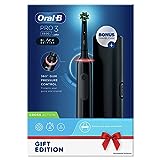 (5017)
55% Off £89.99 £40.00 (as of August 9, 2022 17:42 GMT +00:00 - More infoProduct prices and availability are accurate as of the date/time indicated and are subject to change. Any price and availability information displayed on [relevant Amazon Site(s), as applicable] at the time of purchase will apply to the purchase of this product.)
Deep cleaning and healthier gums with 360 ̊ gum pressure control that visibly alerts you if you brush too hard For a clean that wow – remove bacteria by removing up to 100% more plaque vs. a manual toothbrush 3 brushing modes: daily clean, whitening ... read more

(16190)
£0.00 (as of August 9, 2022 17:42 GMT +00:00 - More infoProduct prices and availability are accurate as of the date/time indicated and are subject to change. Any price and availability information displayed on [relevant Amazon Site(s), as applicable] at the time of purchase will apply to the purchase of this product.)
24/7 LIVE STREAM: Manchester United content available all day, every day, with the live MUTV stream. VIDEO ON DEMAND: Catch up on your favourite Man Utd programmes anytime with our on demand content. MY LIST: Add shows and episodes to create your own... read more

(3117)
£9.99 (as of August 9, 2022 17:42 GMT +00:00 - More infoProduct prices and availability are accurate as of the date/time indicated and are subject to change. Any price and availability information displayed on [relevant Amazon Site(s), as applicable] at the time of purchase will apply to the purchase of this product.)
Dumbledore entrusts Newt Scamander to lead a team of wizards, witches and one brave Muggle baker on a dangerous mission to stop Grindelwald from seizing control of the wizarding world.