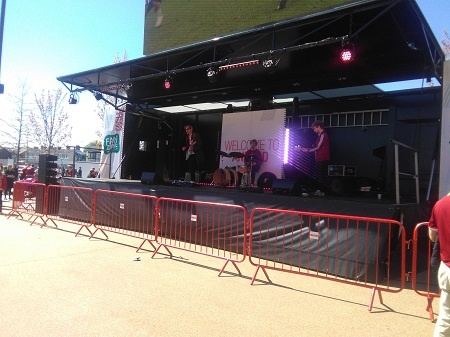 Who else is old enough to remember the 1986 classic by Swedish rock band, Europe? Their rousing rendition has stood the test of time for more than 30 years. But, as this is a Liverpool FC website, I’m not talking about a rock band belting out a timeless, iconic song. No, I am of course referring to tomorrow night and “that” Final Countdown.

This particular final countdown is a finely balanced encounter and tough battle between Liverpool and Tottenham Hotspur. To many, Liverpool are the favourites. But, as is often the case in one-off finals, is there such a thing as a true favourite when there are two finely balanced teams involved?

Tottenham are a quality side. Make no mistake about that. After all they put Manchester City out in the quarter-finals. That alone should tell us all that they are no mugs. And of course they beat Ajax in the semis. Ajax if you remember had previously despatched the might of Real Madrid and Juventus.

So, no complacency please. Confidence yes. Complacency though, a definite “no-no”

Reasons To Be Cheerful

This post is starting to look like a rock and post-punk tribute post isn’t it. But again, “Reasons To Be Cheerful” are in no way a reference to the 1979 song by Ian Dury and The Blockheads.

It is again a reference to tomorrow night’s Final. In the same way we should be embracing the “Final Countdown” we should as well be looking at our own team and realising there are plenty of “Reasons To Be Cheerful”

As I have already mentioned, there is much to admire about Tottenham. Admire, yes. Fear, absolutely not.

I am sure Tottenham fans are looking at our squad and our recent run of form and thinking, and knowing, they are up against a top, top quality side. Make no mistake about that. We are a top quality side.

Quality and class right the way through the squad. Not only that. We have so many players in a rich vein of form. So very often there is much said about our deadly front three. And rightly so. But I’ve just watched an interview with Andy Robertson and Trent Alexander-Arnold. Talking of quality and being in form, this pair have quality and great form in abundance.

As have so many others.

In any game fans very often have concerns. Do I have any concerns? As it happens yes I do. But it’s not with the strength or quality of our players, or with any fear or apprehension of Tottenham’s squad.

My concerns are with the officials. I’ve often said the match officials are a huge influence on games. I only hope there aren’t any match defining, incorrect decisions that decide the outcome and the final resting place of 2019’s “old big ears”

Let’s hope that all three teams (yes, the match officials are the 3rd team) are up for a good game.

Regular readers may now very well be pulling me up on my “three teams” comment. Why is this? Well, haven’t I been saying all season that we fans are a very important and integral part of our club. A team on its own really. Or a team within a team.

Tomorrow is no different. Tottenham will be thinking the same. Their fans will be an extension of their on the pitch team. I must admit I haven’t seen any clips yet of Tottenham fans in Madrid. But I have seen a few of our fans. And if what I have seen is anything to go by, this team are already well up for it.

As are the fans of both Madrid clubs it would seem. Beating arch rivals in the semis seems to have endeared us to the locals. That can’t be bad.

We have already seemed to have taken over “Margaret Thatcher Square” (what’s that all about anyway??) in the centre of Madrid. In fact, we have managed to rename the Square, “Jeremy Corbyn Square”

Keep Politics Out Of It – The Final Countdown That Is

I’m really gutted not to be there myself, but being position 14,042 on the waiting list after my unsuccessful ballot application for a ticket always meant it was a non starter.

Yes indeed we are really into the final countdown. I must say I am starting to have a few nerves. That will only increase the nearer we get to kick off. Imagine what it would be like for the players. Of both sides.

Let’s all be confident (but not complacent) and let us all be able to enjoy the game.

To those fans over in Madrid let’s hope there are no incidents to make the headlines for the wrong reasons. I’m sure there won’t be. And most importantly, let’s hope that everyone (and I mean from both clubs) stay safe and return home without any fuss.

As I have touched on a couple of song classics from the 70’s and 80’s let’s hope we are belting out a few of our own classics tomorrow. Sorry Europe band members, I don’t mean your “Final Countdown” offering, more of a “ALLEZ, ALLEZ, ALLEZ” karaoke special.

If you are looking for more information on our great club, then you should click HERE. Plenty of news and information to keep you interested for some time. 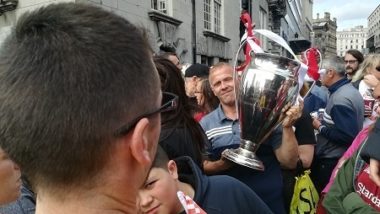 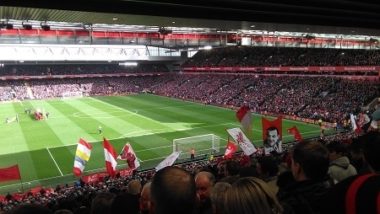 Are We Getting Excited Yet? 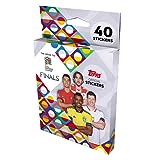 (3)
£4.99 (as of July 6, 2022 04:05 GMT +00:00 - More infoProduct prices and availability are accurate as of the date/time indicated and are subject to change. Any price and availability information displayed on [relevant Amazon Site(s), as applicable] at the time of purchase will apply to the purchase of this product.)
40 stickers inside each Deck Box. 224 stickers to collect! Look out for top players to watch, flags, new kits plus shiny and kiss-cut stickers! First ever Road to Nations League Finals Sticker Collection from Topps! Official Licensed UEFA Product.

(4)
£5.99 (as of July 6, 2022 04:05 GMT +00:00 - More infoProduct prices and availability are accurate as of the date/time indicated and are subject to change. Any price and availability information displayed on [relevant Amazon Site(s), as applicable] at the time of purchase will apply to the purchase of this product.)