It was supposed to be Everton’s best chance to win at Anfield for 20 years. Quoting one of the well known cliche’s it was in fact billed as men against boys. You probably know what that means but in case you don’t, it was supposed to be a mismatch in that the men should have been far too good for the boys. With the inevitable outcome being a win for the “Men”. Not so though as it happens as we all now know.

Before the game there was a fair bit of speculation as to what Liverpool’s line up would be. Having been involved in so many high power, energy sapping games in recent weeks and with all the travelling involved, many thought Jurgen Klopp would play a not so familiar starting XI let’s say.

Others thought though that with almost a week before our next league game against Tottenham, a stronger, more recognisable starting line up may be selected. As it happens, Klopp went for the first option. Some names we recognised, some not so recognisable. And the age of some of the less recognisable. Teenagers in many cases. Everton on the other hand selected their strongest, experienced starting XI available.

Hence the men against boys tag.

Men Against Boys-How It Unfolded

Having now seen the starting XI there was some mixed feelings in what lay ahead. A few weeks ago, we selected a very young, inexperienced team to face Aston Villa in the Carabao Cup. Although it turned out to be a great experience for those youngsters, we got beat 5-0. No shame in that as Villa played their best XI. And, on top of that, there were some very creditable performances on show from our youngsters.

But this game was different of course. Not only because it was the FA Cup and not the League (Carabao) Cup, but because it was Everton. Yes indeed, a Merseyside Derby.

Added spice was that Everton hadn’t won at Anfield since 1999. A 1-0 win in a bad tempered game where Liverpool had two players sent off and Everton one, was their last victory at the Fields Of Anfield Road. I was at that game and yes, it was a bad tempered affair. Liverpool’s goalkeeper Sander Westerveld and a fledgling Steven Gerrard were given their marching orders along with Everton’s “fox in the box”, Franny Jeffers.

Westerveld and Jeffers were sent off together after a scuffle in the Liverpool box. An added problem for Liverpool in that respect was that all three subs had already been used, so outfield player, Steve Staunton, had to go in goal. To be fair he didn’t do badly and in fact I recall him pulling off a top drawer save that any ‘proper’ goalie would have been proud of.

Not long after, a youthful Steven Gerrard, being involved in only his 2nd Merseyside Derby saw the red mist and clattered into Everton goalscorer, Kevin Campbell, a bit too enthusiastically let’s say. Another red card followed. Leaving Liverpool down to nine men and 1-0 down.

That’s how it stayed until the end. Bragging rights to the blue half of Merseyside.

Fast forward to January 2020 and Liverpool’s clear dominance in the period since 1999 was rather emphatic. Would Liverpool risk losing that particularly proud record and really turn the match into a men against boys contest?

If the outcome expected by many did unfold then what effect would it have on these youngsters? Especially if the game turned out to be as emphatic as the Villa game.

As we all now know there was no need to worry. Some different youngsters were now available that weren’t available against Villa. So, even in the ranks of the U23’s and the U18’s, we had a more varied selection available.

And didn’t they perform and do us all proud.

Men Against Boys – Settled By A Stunning Goal

In case you haven’t seen the game, you can see the highlights here……

And what a goal to win any game. Let alone a Merseyside Derby. Add to that the scorer, Curtis Jones, was not only one of the youngsters selected (18 years of age), but he is also a local Liverpool born lad. And a Liverpool fan.

What a way to go down in Liverpool FC folklore.

It wasn’t all about Curtis Jones though as well as he did play. There were stellar performances throughout. Although Everton missed those 3 chances in the first half (I say “missed” but in fairness, goalkeeper Adrian did brilliantly), Liverpool totally bossed the second half. Overall the men against boys contest was an emphatic triumph for the boys.

Putting local bragging rights to one side for a moment. Although these are important as well of course. What a statement these youngsters made for Liverpool FC as a whole. A non LFC pal of mine contacted me to say that he hadn’t even heard of most of the squad. I’m sure there are some Liverpool fans who hadn’t either. But they’ll know them now.

Many fans and pundits and the players themselves have all mentioned that the template running through the club prevails at all levels of the playing and coaching staff. As it says at various parts of the ground “This Means More” and as the popular t-shirt proudly shows on the front, “Never Give Up”. These mottos or mantras were so passionately and expertly displayed by these boys for all the world to see.

They did the club proud. And they did themselves proud. A huge congratulations to one and all. There are some huge careers looming for these boys.

Having said all that, let’s not get too carried away. No one at the club needs reminding of that by the likes of me. Jurgen Klopp and all his staff will be hammering this point home on a regular basis. But let’s enjoy the moment nonetheless. Thanks for a great day lads.

Thanks for reading my latest blog post. To see my other blog posts, have a look HERE.

And if you are looking for even more information on our great club, then why not go and visit my main website HERE.

I earn commissions on qualifying purchases from Amazon from this website. 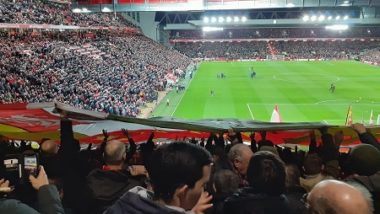 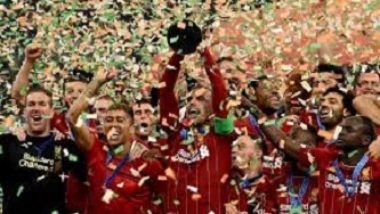 (3492)
£9.99 (as of August 13, 2022 16:00 GMT +00:00 - More infoProduct prices and availability are accurate as of the date/time indicated and are subject to change. Any price and availability information displayed on [relevant Amazon Site(s), as applicable] at the time of purchase will apply to the purchase of this product.)
Dumbledore entrusts Newt Scamander to lead a team of wizards, witches and one brave Muggle baker on a dangerous mission to stop Grindelwald from seizing control of the wizarding world. 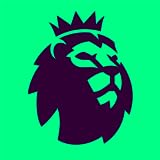 (1998)
£0.00 (as of August 13, 2022 16:00 GMT +00:00 - More infoProduct prices and availability are accurate as of the date/time indicated and are subject to change. Any price and availability information displayed on [relevant Amazon Site(s), as applicable] at the time of purchase will apply to the purchase of this product.)
Full management of your Fantasy Premier League team Matchday Live for live blogging and updates on every Premier League fixture Fixtures, Results & Tables for competitions including PL2, U18 and Champions League Video highlights of some of the world’... read more