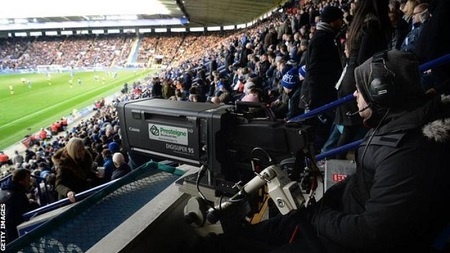 Well, it’s closer isn’t it. What is, you may ask? Today saw the announcement that there will be live Saturday night football on TV. This further kick in the proverbials for match going fans is to commence from the 2019/20 season. Which brings me to my original statement of ‘it’s closer isn’t it’. To clarify, I remember saying on our way back from the 1995 League Final against Bolton that clubs would accept an invitation to play on the moon at midnight, if the money was right. Some scoffed at this at the time but when you look at it, there is more chance of that happening than us reverting to all Saturdays enjoying a 3pm kick off.

So, what was significant about Liverpool v Bolton 1995? It was significant because it was the first League Cup Final to be moved from its normal Saturday 3pm kick off. Instead it was played at 5pm on the Sunday. The actual date was the 2nd April. They managed to miss April Fool’s at least. The kick off time was widely criticised by fans travelling down to the game. But what about the clubs? Not a peep really. They were too busy counting their 30 pieces of silver. After all what do the match going fans matter?

That was the start of the rot setting in for me. Football selling its soul to the devil. Don’t get me wrong, all clubs are guilty. Not just Liverpool. But I do find it quite amusing at times to hear employees and ex-employees of the club refer to Liverpool FC as a family.

Liverpool are fortunate in that they enjoy a hugely passionate and extremely large fan base. Fans will turn up come what may. After all, arguably our greatest talisman, Steven Gerrard, confirmed this. He said, ” If Liverpool FC played a cup final on the moon,our fans would find a way of getting there.” I’m not criticising him for saying that by the way. And he’s not wrong. The club knows this only too well. As do other clubs.

Another example of how the fans are treated. After the standing Kop was demolished in April 1994 we were faced with a temporary, 4,000 open top, mobile stand for the commencement of the 1994/95 season. Luckily, me and my pal were two of the lucky 4,000. I remember a 3pm kick off game against Sheffield Wednesday in October. The queues were particularly bad trying to get in. There weren’t any particularly orderly queues either. As kick off was fast approaching and we were going nowhere fast it seemed, someone in the crowd shouted to a policeman on a police horse.

“Oy mate, why don’t you radio through and ask them to delay the kick off?”

What do you think the policeman’s response was? Well, it wasn’t the one we all wanted to hear. He said….

“Not a chance. You’re all season ticket holders aren’t you. They’re not bothered about you. They’ve had your money.”

And So It Continued

As the years went by, the kick off times got even more obscure and bizarre. Sign of the times and all that. Fans that have never been to a live game maybe will not understand this. But, I often say to armchair fans that actually going to the game feels that you are contributing. Daft maybe, but that’s how it feels. Yelling your lungs out in the Kop or wherever and you are helping. Shouting at the TV? Nah, not the same.

As it happens I’ve had a season ticket since 1984. I pride myself on being a season ticket holder and class myself as a loyal and passionate fan. Yes there are millions of loyal and passionate armchair fans as well. And I could have opted to become an armchair fan. But when it’s in your blood, it’s in your blood. Sadly though for some fans there has to be a breaking point.

Moving some games to a Sunday afternoon to start off with was bad enough. Then there came the select few Saturday lunchtime games. These of course then became a regular feature on the football calendar. Still, fans found a way around it. Having now stretched fans loyalty so far, the clubs went even further. What about a Saturday tea time, a Friday night and a Monday night option? Needless to say all clubs view is, “not a problem.”

An additional problem to match going fans of course is that the times are often switched at short notice. Again when this happens, who are the clubs actually thinking of when they agree to this?

Today’s announcement of forthcoming Saturday night football is neither a surprise, nor is it welcome. Well, not to the match going fans at least. Were supporters clubs approached about this latest development? Probably not. But if they were, what were they thinking? Armchair fans will be rubbing their hands no doubt. So will the clubs, because agreeing to Saturday evenings kick offs will no doubt mean a shedload more money. And that’s what it’s all about. It’s not about whether or not you are a ‘family club’ any more. Those days are long gone.

Sky’s introduction to the world of football has been so good for millions, but for others? Not so good. The initial introduction of a 4pm Sunday game was acceptable to many. But all these add-ons has really pushed match going fans patience and loyalty to the limit. Saturday night football? At the moment, not for me thanks.

As I said, the days of us playing at midnight on the moon in an FA Cup 4th Round replay is ever closer. Will I be there? Sorry Stevie, I don’t think this fan will be there. 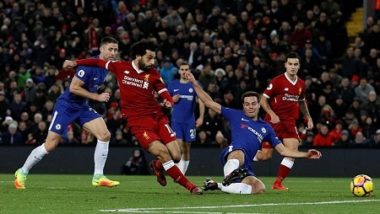 The Season So Far

(2318)
£1.30 (as of July 6, 2022 04:28 GMT +00:00 - More infoProduct prices and availability are accurate as of the date/time indicated and are subject to change. Any price and availability information displayed on [relevant Amazon Site(s), as applicable] at the time of purchase will apply to the purchase of this product.)
24 x Cute Temporary Tattoos Children's Birthday Loot Party Bag Filler Full directions on the back of each tattoo. Perfect for Children's Party Bags 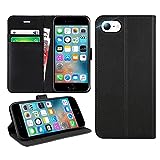 (9962)
£5.99 (as of July 6, 2022 04:28 GMT +00:00 - More infoProduct prices and availability are accurate as of the date/time indicated and are subject to change. Any price and availability information displayed on [relevant Amazon Site(s), as applicable] at the time of purchase will apply to the purchase of this product.)
✅ID Holder With Card Slots Money Pocket And Magnetic Flap Closure  ✅Slim Wallet Inner TPU Shell Covered With Premium Finish Leather  ✅360 Degree Drop Protection With Shockproof Corner Protection ✅Exact Fit With Perfect Cutouts For All Optional Functi... read more