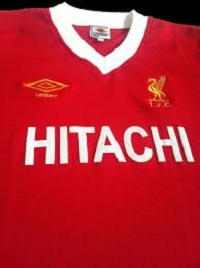 In other words, if we were to pick the best XI for each shirt sponsor and we could play out an imaginary ‘play-off’, which sponsor would win?

I have had a go at picking my best XI’s for each sponsor. Obviously, there have been crossover between sponsors. For instance, Stevie Nichol played for Liverpool between the years 1981 to 1995. This period covers four different shirt sponsors. Namely, Hitachi, Crown Paints, Candy and Carlsberg.

This crossover applies to several other players (not necessarily four sponsors though). So, in my selections I have placed players that appeared in more than one shirt sponsor that I think of being worthy to be selected for a best XI, purely on my own opinion which sponsor period they would best fit.

As I say, it is just a bit of fun and is open to debate, discussion, agreement, disagreement…and so on.

So, in your opinion, which sponsor would win?

I’ll list each of my select best XI’s below. Do you agree with the selections? If not, who would you select? For simplicity and not trying to complicate the selections in terms of formations, I have chosen my best XI’s in a 4-4-2 formation in each case.

No distinction either to be made between the pace of the different era, general fitness levels and so on. Purely on their footballing ability for that period of time.

My first best XI selection for Hitachi is as follows:

As Hitachi were our shortest period shirt sponsors you may think that selecting a best XI would be difficult. Not so. Maybe not the same number to select from, but quality wise? Some real quality in this team.

A good balance to the side by the looks of it. And goals available from plenty of positions.

Would this team win the “Which Sponsor Would Win” play-off though?

Let’s have a look at the next sponsors – Crown Paints.

Again a good balance and goals aplenty from a variety of positions. A front two of Rush and Dalglish fed by Souness and Molby!!! Now that is a fab four!!

Moving on to our next shirt sponsors then.

I don’t know why but it felt to me that Candy were around for a lot longer than 4 years. I loved that shirt. Only fours years but what a team for my Candy Best XI…..

At first glance it looks like this XI would need to outscore any opposition. Plenty of flair and goals without a doubt. But is the back five strong enough to compete with the other shirt sponsors?

Moving on now though to our longest period shirt sponsors – Carlsberg.

Whenever I think of Carlsberg one of the things that springs to mind is a jokey photo on the front page of one of our fanzines when the Candy deal was announced. It featured Jan Molby and the caption said something along the lines of, “I don’t know what all the fuss is about. I’ve had lager down the front of my shirt for years!!”

Carlsberg could certainly send out a strong best XI though. Take a look at this team….

Not unsurprisingly, as Carlsberg have been the longest period shirt sponsors, a lot of top players have not made this best XI. Players like Kuyt, Redknapp, Garcia, Owen to name just a few. All down to opinion. In the case of Owen I decided against selecting him as there wasn’t necessarily always a great chemistry between him and Robbie Fowler. Nothing to do with him going over to the dark side!!  I just think Torres in his pomp was a better all round player.

Last but not least….

Which Sponsor Would Win – Standard Chartered – 2010 to Present

This shirt sponsor period of course covers present day and again we have so many quality players who have pulled on that shirt.

Such a tough decision to leave out Sadio Mane and Virgil Van Dijk to name just two. Again though opinions. This XI may well change the longer Van Dijk and Mane stay at the club.

All in all though just a bit of fun to get the old grey matter going and have a reminisce of all the great players we have and had over all the years we’ve had shirt sponsorship.

There is as well of course an argument to select a “Pre Shirt Sponsors Best XI”. Now that would be some as well wouldn’t it? The likes of Billy Liddell, Tommy Smith, Kevin Keegan, John Toshack, Ian St John, Roger Hunt to name just a handful.

What would your “Pre Shirt Sponsors XI” be?

What would be your Hitachi, Crown Paints, Candy, Carlsberg, Standard Chartered Best XI’s be?

Have a think and show us your team.

Who do I think would win the “Which Sponsor Would Win Play-Offs”? That’s easy…..I haven’t got a clue. They all look strong teams don’t they. And what subs benches we would have as well. 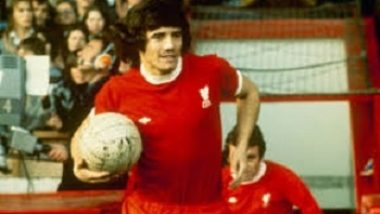 (9)
£19.17 (as of July 4, 2022 03:14 GMT +00:00 - More infoProduct prices and availability are accurate as of the date/time indicated and are subject to change. Any price and availability information displayed on [relevant Amazon Site(s), as applicable] at the time of purchase will apply to the purchase of this product.)
Figure stands 9cm and comes in a window display box Check out the other figures from Funko Collect them all! Funko POP is the 2018 Toy of the Year and People's Choice award winner 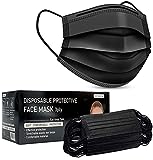 (16022)
16% Off £5.94 (£0.12 / count) £4.98 (£0.10 / count) (as of July 4, 2022 03:14 GMT +00:00 - More infoProduct prices and availability are accurate as of the date/time indicated and are subject to change. Any price and availability information displayed on [relevant Amazon Site(s), as applicable] at the time of purchase will apply to the purchase of this product.)
{Disposable face masks} 50 in Box. Masks is Easy to use, Lightweight, comfortable, and soft to wear and effortless breathable. {3 ply face Mask} Face Covering has Adjustable metal nose clip, 3D folding wrinkles design, and high elastic ear loops, com... read more 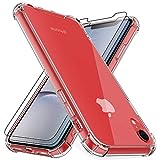 (4241)
£3.99 (as of July 4, 2022 03:14 GMT +00:00 - More infoProduct prices and availability are accurate as of the date/time indicated and are subject to change. Any price and availability information displayed on [relevant Amazon Site(s), as applicable] at the time of purchase will apply to the purchase of this product.)
✔️【Lifetime Warranty】*FREE REPLACEMENT* or *FULL REFUND* for any problems, NO TIME LIMIT. More details please check the lifetime warranty card inside the package. ✔️【Air Cushion Protection】-Mobile phone Case with four-cornered air cushion protection ... read more