July 4, 2018 July, Liverpool Players Past And Present, On This Day No Comments

It was such a popular signing. And a very high profile one. It cost us a lot of money as well, but well worth it. Who was it? On this day, 4th July 2007, we sign Fernando Torres from Atletico Madrid. The fee was a large one for that era – £20.4m, but as touched on above, money well spent. Yes, he left in acrimonious circumstances but let’s remember the day we signed him. And, at the same time, let’s remember the goals he scored and how good of a player he was for us.

Before he joined us at the age of 23, Torres spent 12 years with his hometown club, and the team he supported, Atletico Madrid.

It was well known that he was going to be a “good ‘un” from a very early age. At the age of 14 he was named the best U14 player in Europe following his performances in the 1998 Nike Cup.

Torres became the youngest player in Atletico history upon making his debut in May 2001. He scored a very impressive 21 goals in 2003-04 after being named Atletico’s youngest ever captain at the age of 19.

Having already top-scored in European U16 and U19 Championships, Torres, aka “El Nino” earned a first senior cap in September 2003 against Portugal. Seven months later he scored his first international goal playing against Italy. He would go on to score three times in the 2006 World Cup in Germany.

His abilities were getting noticed. Many clubs from all around Europe, including Manchester United and Arsenal, were unsurprisingly interested.

However, in May 2007 Torres gave us all a bit of a clue as to where he saw where his future lay. It seemed Torres had his heart set on Merseyside when he revealed the phrase ‘We’ll Never Walk Alone’ on the inside of his captain’s armband during a match between Atletico and Real Sociedad.

This was also the backdrop for his popular and imaginative song soon to be belting out over the Fields of Anfield Road. You can hear it here below…..

A slight refinement to the song was soon added. Whenever you heard the Kop sing, “We’re Gonna Bounce In A Minute”, you knew it was time to get to your feet and pay homage to our number 9.

Fernando Torres was eventually unveiled as a Liverpool player on 4th July 2007.

He made his competitive debut for Liverpool at Villa Park on August 11, 2007. Just a week later he smashed in his first competitive goal when a trademark burst of pace against Chelsea sent Anfield wild.

Successive home hat-tricks in victories against Middlesbrough and West Ham helped Torres total 33 goals in 2007-08. This included 24 in the league. In doing so he overtook Ruud van Nistelrooy to become the most prolific foreigner ever in a debut season in England.

His important goal against Marseille in the Stade Velodrome earned him the Goal of the Season award on Liverpoolfc.tv. Following on from that it came as no surprise when fans also voted him their Player of the Year.

His club form was also replicated in his international performances. Torres then topped off a great season by helping Spain to Euro 2008 glory in Austria and Switzerland. Torres scored the winner in the final against Germany. Incredibly, it was Spain’s first major honour since 1964 – and Fernando Torres, our No.9, was the hero.

A succession of hamstring injuries disrupted his 2008-09 season though. However he still managed a total of 17 goals from 38 appearances. This helped Liverpool’s best title charge since 1990.

In the 2009/10 season his hopes turned to helping Liverpool to finally collect the Premier League trophy. But, as we know, it wasn’t to be. It turned out to be a troublesome season for both player and club.

Injuries again took their toll. We finished a disappointing 7th in the league, though Torres still notched 22 goals from 32 games in between two knee operations.

The Beginning Of The End At Liverpool

Unfortunately Liverpool were in the grip of the ill fated reign of Tom Hicks and George Gillette. The off field fighting resulted in the departure of Rafa Benitez. While Benitez was being replaced by Roy Hodgson back on Merseyside, Torres was again away with his country in South Africa – this time for the World Cup.

Torres struggled to find full fitness as Spain progressed through the tournament. As a result he lost his place to Barcelona’s Pedro for the semi-final victory over Germany. Coach Vicente del Bosque stuck to his guns for the final and Torres consequently missed out on a starting place in the Final as well.

Torres had to settle for an extra-time appearance in an historic 1-0 win against Holland.

A stop-start six months followed at Anfield and while Torres struggled to relive the brilliant form of his Liverpool first season, there was a hope that the arrival of Kenny Dalglish and his attacking brand of football would rejuvenate the Spaniard and bring about the best from our No.9.

Not to be however. On January 28, following a bid earlier in the day from Chelsea, Torres handed in a written transfer request and told the club he wanted to leave. Three days later he joined Chelsea for another club record fee.

Few players have been adored by the patrons of Anfield as much as Fernando Torres. On the flipside of that, even fewer have left the club in such acrimonious circumstances.

Let’s remember the good times though. Here are his best Liverpool goals……

In all Torres scored 81 goals in 142 appearances. Very impressive indeed.

Although Fernando Torres is still the footballing equivalent of Marmite, I will fondly remember his time at Liverpool. Thanks for the memories Nando. 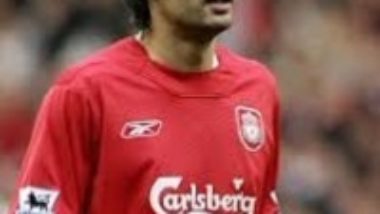 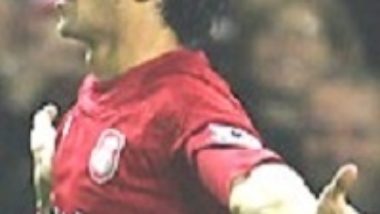 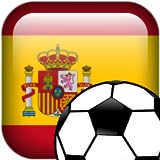 (6)
£0.00 (as of July 6, 2022 04:19 GMT +00:00 - More infoProduct prices and availability are accurate as of the date/time indicated and are subject to change. Any price and availability information displayed on [relevant Amazon Site(s), as applicable] at the time of purchase will apply to the purchase of this product.)
All major a league team logos to challenge you 4 quiz mode Amazing graphics Multiple languages support! 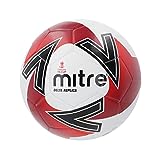 (39)
40% Off £12.25 £7.35 (as of July 6, 2022 04:19 GMT +00:00 - More infoProduct prices and availability are accurate as of the date/time indicated and are subject to change. Any price and availability information displayed on [relevant Amazon Site(s), as applicable] at the time of purchase will apply to the purchase of this product.)
BUILT TO PERFORM: The Mitre Delta Replica FA Cup Football is the Official Replica Football of the Emirates FA Cup for the new for the 21-22 season. This special essential is a high performance ball, developed to perform consistently during training P... read more 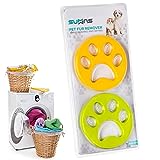