May 18, 2018 Liverpool Players Past And Present, May, On This Day No Comments

It doesn’t seem that long ago when Howard Gayle was plying his trade for Liverpool. But here we are, on this day 18th May, celebrating Howard Gayle’s 60th birthday. Over the years there have been quite a few local Scousers who went on to wear the famous red shirt. Steve Gerrard, Steve McManaman, Robbie Fowler, Ian Callaghan, Chris Lawler, Steve McMahon, John Aldridge to name a few.

In addition of course there is Jimmy Case, Tommy Smith and Phil Thompson. You can add Howard Gayle to that proud list. Like Ian Callaghan and Robbie Fowler, Howard Gayle hailed from Toxteth, Liverpool.

Gayle began his career with Liverpool when he joined the youth ranks in 1974. He went on to sign his first professional contract in 1977.

Nowadays you wouldn’t bat an eyelid, but back then Gayle made headlines. He was the first black player to play for Liverpool. His career did not hit the heights he hoped for unfortunately. In his time at Liverpool he only managed four league appearances, scoring one goal in the process. In total he played five games for Liverpool. It was this additional fifth game that Gayle will be best remembered by Liverpool fans.

It was his finest hour for Liverpool. The occasion was the 1980–81 European Cup semi-final second leg away at Bayern Munich. He came as substitute fairly early on for the injured Kenny Dalglish. For an hour or so he ran Bayern Munich’s defence ragged. The rest is history as they say as Liverpool went onto the final. Gayle was rewarded with a winners medal at the end of that season, as a non-playing substitute in the final.

He made his league debut for Liverpool as a substitute for David Fairclough at Maine Road in October 1980.

After loan spells at Fulham and Newcastle United, he left Anfield after making just those five appearances. He joined Birmingham City in search of regular first team football. Moving on from Birmingham, he turned out for Sunderland. From Sunderland, Gayle had a short spell in the United States playing indoor football with the Dallas Sidekicks.

He returned to England and played for Stoke, Blackburn Rovers and finally ended his career with Halifax Town.

His spell at Blackburn Rovers reunited him with Kenny Dalglish. In all he spent five years at Blackburn, signing for them in 1987. He was a regular striker for Blackburn in their quest for top flight football. However, by the time Blackburn were promoted in 1992 to the newly formed Premier League, his days seemed numbered.

Gayle had dropped down the pecking order by expensive new signings like Mike Newell and ex-Red David Speedie. Following on from that, the arrival of record signing Alan Shearer that summer, it was clear that Blackburn manager Dalglish did not think Gayle fitted into his plans at Ewood Park.

In all he played 247 league games in his career, scoring 47 goals.

On This Day 19th May 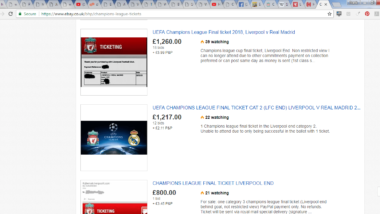 (170)
(as of July 4, 2022 03:20 GMT +00:00 - More infoProduct prices and availability are accurate as of the date/time indicated and are subject to change. Any price and availability information displayed on [relevant Amazon Site(s), as applicable] at the time of purchase will apply to the purchase of this product.)

(1639)
(as of July 4, 2022 03:20 GMT +00:00 - More infoProduct prices and availability are accurate as of the date/time indicated and are subject to change. Any price and availability information displayed on [relevant Amazon Site(s), as applicable] at the time of purchase will apply to the purchase of this product.)

(106322)
23% Off £239.00 £184.00 (as of July 4, 2022 03:20 GMT +00:00 - More infoProduct prices and availability are accurate as of the date/time indicated and are subject to change. Any price and availability information displayed on [relevant Amazon Site(s), as applicable] at the time of purchase will apply to the purchase of this product.)
Active Noise Cancellation blocks outside noise, so you can immerse yourself in music Transparency mode for hearing and interacting with the world around you Spatial audio with dynamic head tracking places sound all around you Adaptive EQ automaticall... read more