September 9, 2012 Liverpool Players Past And Present No Comments

A very noble gesture by Didi Hamann in defending his old friend and gambling buddy Michael Owen. I don't think that Liverpool fans have taken it personally as he suggests in his article. Obviously Hamann has every right to defend Owen, as those Liverpool fans who dislike Owen have every right to have their own opinions. I don't think it's right however for Hamann to attach the same reason for the dislike. Most fans I've spoken to dislike Owen for a variety of reasons.

For my part I think he always had the intention of leaving Liverpool during his last full season and all the talk of his agent taking a six months sabbatical was a bit of a smokescreen to a large extent. It became increasingly obvious as the season went on and no new contract being signed that Owen wanted out.

Hopefully from a fan's point of view at least we could pocket a decent fee for him but alas that didn't happen either as he went during August 2004, the last couple of weeks of the transfer window. To many, we could have received a fee nearer to £20m if he had gone in the January window before, when in all likelihood he had already decided to move on at that point. Many Liverpool disliked Owen from there on really.

Where I do agree with Hamann however is that he shouldn't be abused for his decisions. As he says, footballers move on. That's life. It doesn't mean to say that we are wrong to dislike certain players though about how they go about engineering their exits.

"For various reasons, Liverpool fans have very little affection for ex-Manchester United striker Michael Owen, and despite the fact that he's is one of the club's greatest goalscorers of the last 30 years, the prevailing feeling towards him seems to be …"
http://www.liverpool-kop.com/2012/09/move-on-already-hamann-blasts-lfc-fans.html

Now Michael Owen is at Stoke he may finally resurrect his faltering career that seems to have spluttered along since 2005. He may form a good partnership with another ex-Red in Peter Crouch. Now that was one outgoing transfer that was a big mistake. We should never have let Crouch go when we did. He still had plenty to offer and went to serve Portsmouth, Tottenham well and continues to serve Stoke well. I think all Liverpool fans fondly remember, "He's big, he's Red, his feet stick out the bed. Peter Crouch. Peter Crouch"

Some of Crouchie's best moments in a red shirt below.

Steve Nicol on how we prepared? Sun and beer…

(15774)
£0.00 (as of July 7, 2022 05:13 GMT +00:00 - More infoProduct prices and availability are accurate as of the date/time indicated and are subject to change. Any price and availability information displayed on [relevant Amazon Site(s), as applicable] at the time of purchase will apply to the purchase of this product.)
24/7 LIVE STREAM: Manchester United content available all day, every day, with the live MUTV stream. VIDEO ON DEMAND: Catch up on your favourite Man Utd programmes anytime with our on demand content. MY LIST: Add shows and episodes to create your own... read more

(14907)
19% Off £1.99 £1.60 (as of July 7, 2022 05:13 GMT +00:00 - More infoProduct prices and availability are accurate as of the date/time indicated and are subject to change. Any price and availability information displayed on [relevant Amazon Site(s), as applicable] at the time of purchase will apply to the purchase of this product.)
Play with the traditional Waddingtons Number 1 playing cards Play your favourite card games in the classic red or blue coloured deck Every certified pack of Waddington's Number playing cards comes with a Winning Moves seal of authenticity - always lo... read more 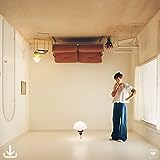