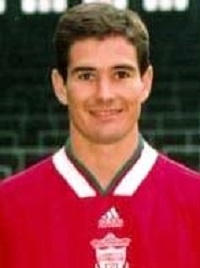 June 7, 2018 June, Liverpool Players Past And Present, On This Day No Comments

There are periods in football when certain players are coveted by a whole host of clubs. Many clubs would be clambouring for his signature. One such player back in the early 90’s was Nigel Clough. And on this day, 7th June 1993, he signed for Liverpool. It seemed at the time that all the top clubs were looking to prise him away from Nottingham Forest. To be fair at Forest he was absolutely brilliant. While at Liverpool? Not so brilliant.

If you didn’t know, Nigel Clough was the son of legendary manager Brian Clough. You probably guessed that from his surname anyway. To the masses, Brian Clough was a legendary manager. Not so by Liverpool fans as a result of his outspoken views on Hillsborough. And not so by Leeds United fans either, as his disastrous 44 days as their manager will testify.

Brian’s legendary status was achieved while he was manager of first Derby County, then Nottingham Forest. It was while manager at Nottingham Forest his son, Nigel, burst on to the scene. He enjoyed some great form at Forest, but unfortunately for him Forest’s halcyon days of league titles and European Cups were behind them. They were on the wane. To such an extent they were relegated from the very first Premier League season in 1992/93. This relegation also heralded the end of Brian Clough. He resigned after Forest’s relegation.

It was widely expected that as a result of Forest’s relegation he would move on and remain in the Premier League. And so he did.

On This Day 7th June – Nigel Clough Signs For Liverpool

Liverpool completed the signing from Nottingham Forest for a fee in the region of £2.75m on this day 7th June, 1993. Such a fee was a huge amount in those days. It was fair to say that much was expected of Nigel Clough. So much so they gave him the famed number 7 shirt. However, things didn’t quite work out for Clough at Anfield.

I remember his debut so well. Clough scored twice on his debut against Sheffield Wednesday at Anfield in August 1993. We won that match 2-0 and to be fair, Clough really looked the business. By the end of August 1993 he had already found the net four times for the Reds. However, by Christmas he found himself struggling for a first team place after the spectacular emergence of 18-year-old Robbie Fowler. Fowler was slowly but surely becoming the regular partner alongside Ian Rush in the Liverpool attack, instead of Nigel Clough.

We were also enduring another disappointing season in the league. Another mediocre league showing under manager Graeme Souness led to his resignation at the end of January 1994. This led to the appointment of coach Roy Evans as his successor.

Nigel Clough did manage to find the net three more times that season. In one of the best games at Anfield in that era, his final two goals came on 4 January 1994 when he scored twice against Manchester United at Anfield. The ground was rocking that night as Liverpool came from three goals down (again!!) to draw 3–3.

Highlights of that epic match below….

However, the blossoming Fowler and Rush partnership in attack meant that Clough made only a handful of appearances for the Reds in 1994–95, and he was not in the League Cup winning side. He finally left Anfield in January 1996.

In all Clough scored 8 goals in 44 appearances for Liverpool. Certainly not the impact we all expected and hoped for.

After Liverpool, Clough went on to play for Manchester City, Sheffield Wednesday and Burton Albion. STAY IN THE GAME

(45)
(as of August 9, 2022 16:11 GMT +00:00 - More infoProduct prices and availability are accurate as of the date/time indicated and are subject to change. Any price and availability information displayed on [relevant Amazon Site(s), as applicable] at the time of purchase will apply to the purchase of this product.)

(14)
£9.99 (as of August 9, 2022 16:11 GMT +00:00 - More infoProduct prices and availability are accurate as of the date/time indicated and are subject to change. Any price and availability information displayed on [relevant Amazon Site(s), as applicable] at the time of purchase will apply to the purchase of this product.) 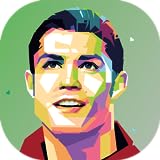 (33)
£0.00 (as of August 9, 2022 16:11 GMT +00:00 - More infoProduct prices and availability are accurate as of the date/time indicated and are subject to change. Any price and availability information displayed on [relevant Amazon Site(s), as applicable] at the time of purchase will apply to the purchase of this product.)
Football Wallpaper is an application that contains a collection of images of the most Player football. Also The application also contains a collection of pictures of the best players in the world