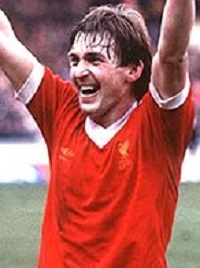 August 10, 2018 August, Liverpool Players Past And Present, On This Day No Comments

Some of the posts on the theme of “On This Day” may have seemed quite tame to some. I think every Liverpool supporter will agree that this is not the case with regard to on this day 10th August 1977. I would be amazed if there are any Liverpool fans wondering what did happen on that day.

Just in case you don’t know what happened on this day 10th August 1977, we signed Kenneth Mathieson Dalglish from Glasgow Celtic. Kenneth Mathieson Dalglish, aka Kenny Dalglish, aka King Kenny, aka Sir King Kenny, cost Liverpool a large fee at the time of £440,000. Make no mistake, his signing was huge news at the time. There were so many clubs after him. His stock at Celtic was extremely high. He was also Celtic fans King as well.

Just a few months earlier, Kevin Keegan had left Liverpool to sign for Hamburg in Germany. Cue much despondency and gloom amongst Liverpool fans. With some justification to some degree. No disrespect to Keegan but how long did it take us to forget him? I would say after about 20 minutes into Kenny Dalglish’s debut against Manchester United on 13th August 1977 in the Charity Shield. The game ended in a 0-0 stalemate and the Charity Shield was shared. No penalty shoot out in those days.

Although the game ended 0-0, Dalglish was outstanding and to many pundits, he was man of the match. One thing was certain we very quickly knew we had signed a ‘real player’.

A week later, on 20th August 1977, Dalglish made his league debut for the Reds. It was the league opener away to Middlesbrough. It didn’t take long for Dalglish to make his mark though. He gave Liverpool the lead after only 7 minutes. The game ended in a 1-1 draw but most significantly, the name on all Liverpool fans lips was Kenny Dalglish.

Three days later, on the 23rd August, Dalglish made his home debut in front of The Kop. Again Dalglish starred and again he scored. He notched the first goal at The Kop end in the 46th minute against Newcastle United.

To really put icing on the cake, Dalglish scored the first goal again in a 3-0 win against West Brom on 27th August 1977 at Anfield. Three league goals in three games. Kevin who? As I said earlier, I mean no disrespect to Keegan whatsoever. But Dalglish’s arrival had not only taken Liverpool by storm, but also the whole of the English First Division.

You can’t really understate his impact. I mean how much better can it be – scoring a winning goal in a European Cup Final in your first season!!!

Match Made In Heaven

As it happens I saw his last game for Celtic. It was a Scottish Cup Final against Rangers in May 1977. A pal of mine managed to get two tickets for the game. I could write a huge article on its own to describe that experience. Suffice it to say, it was a lively affair.

Celtic won 1-0 with an Andy Lynch penalty dividing the teams.

We Have Actually Met Kenny, Don’t You Remember?

I remember meeting Kenny Dalglish outside the Grosvenor Hotel in Chester many years ago when Scotland were staying there before a Home International match against Wales at Wrexham. Not sure of the year. The whole of the Scotland squad were making their way into the hotel and I happened to shake hands with a fair few of them. The one I spent longer than a handshake with was King Kenny. I also got his autograph.

What I find weird is that I remember the occasion so well but Kenny can’t!!!

I even got a birthday card from him. My girlfriend at the time wrote to him at Liverpool and asked him to send me a card. She also sent him the card itself and a stamped addressed envelope. It arrived about three months late, but at least the thought was there.

In all King Kenny played 515 games for Liverpool, scoring 172 goals.

Did he manage to win anything though? You bet he did. Both as a player and a manager. As a player, 6 league titles; 1 FA Cup; 4 League Cups; 3 European Cups; Football Writers Footballer of the Year twice and a PFA Player of the Year once.

As a manager, he won the league title 3 times; FA Cup twice and the League Cup once. He was also Manger of the Year 3 times.

That is one serious trophy haul. And don’t forget, this is while at Liverpool only. He also won a ton of trophies at Celtic.

In addition to his impressive trophy haul as a player and a manager, the club bestowed a huge honour on King Kenny when they announced in October 2017 that were to rename the Centenary Stand the Kenny Dalglish Stand. A fantastic and fitting tribute to a great man. More on this HERE.

Last but not least of course is the little matter of King Kenny becoming Sir King Kenny. And rightfully so. King Kenny was knighted on Friday 16th November 2018 by Prince Charles for  “services to football, charity, and the city of Liverpool.” Arise Sir King Kenny.

Yes, on this day 10th August 1977 was an iconic day in the history of Liverpool Football Club.

Thanks for all the memories Kenny. The best player I’ve ever seen.

So by clicking on any of the Amazon links you will be taken through to Amazon where you can search for your Liverpool gifts and much more safely and securely. Thanks for visiting. 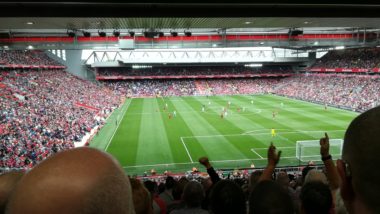 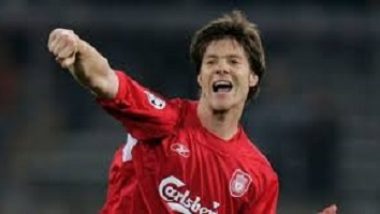 August Liverpool Players Past And Present On This Day 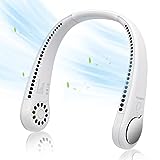 (44)
18% Off £21.99 £17.84 (as of July 7, 2022 03:54 GMT +00:00 - More infoProduct prices and availability are accurate as of the date/time indicated and are subject to change. Any price and availability information displayed on [relevant Amazon Site(s), as applicable] at the time of purchase will apply to the purchase of this product.)
2022 Hands-Free Design: ITHKY neck fan was designed as headphones to free your hands anywhere, and will not damage your hairstyle and makeup during wearing. This Personal fan makes you look so cool and the headphones-like design is perfect for outdoo... read more 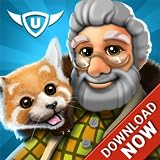 (2693)
£0.00 (as of July 7, 2022 03:54 GMT +00:00 - More infoProduct prices and availability are accurate as of the date/time indicated and are subject to change. Any price and availability information displayed on [relevant Amazon Site(s), as applicable] at the time of purchase will apply to the purchase of this product.) 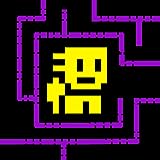 Tomb of the Mask

(215)
£0.00 (as of July 7, 2022 03:54 GMT +00:00 - More infoProduct prices and availability are accurate as of the date/time indicated and are subject to change. Any price and availability information displayed on [relevant Amazon Site(s), as applicable] at the time of purchase will apply to the purchase of this product.)