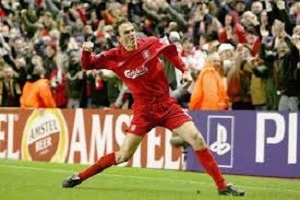 On This Day 11th July

July 11, 2018 July, Liverpool Players Past And Present, On This Day No Comments

Two outgoing transfers on this day 11th July for two very popular players. The players in question were Dietmar Hamann and Peter Crouch. Read about their time at Liverpool below….

Firstly, our very own Kaizer, Dietmar Hamann joined Bolton Wanderers (or did he?) on this day 11th July 2006. By all accounts he did sign for Bolton but in a bizarre twist, he signed for Manchester City the following day. Not unsurprisingly, his switch to Manchester City after only 24 hours did not go down too well with Bolton at all.

During his time at Liverpool, Hamann showed what a quality midfielder he was. The master of “drawing a foul” to a large extent, he was a vital cog in Liverpool’s midfield. The anchorman, the defensive midfielder, or whatever you want to call him, played a vital role in Liverpool’s amazing comeback against AC Milan in the 2005 Champions League Final. He came on as a substitute at half-time and proceeded to steady the ship to a large extent. Allowing Steven Gerrard to work his magic.

To many fans, the biggest surprise was that Hamann was on the bench in the first place. How he wasn’t selected to start the game is a big mystery to Liverpool fans.

We signed Hamann from Newcastle United in 1999 for a fee in the region of £8.5m. He played a total of 283 times for the Reds, scoring 11 goals. Not that many goals, but one of them was up there as a “Goal Of The Season” candidate. It came against Portsmouth at Anfield in March 2004 as Liverpool chased a Champions League place. You can see Didi’s spectacular strike again here……

What else on this day 11th July?

Another popular player left the Reds on this day 11th July 2008. This time it was Peter Crouch as he rejoined Portsmouth for a fee worth up to £11m. Portsmouth agreed to pay £9m up front with £2m in add-ons depending on appearances and goals.

His first spell at Pompey produced 19 goals in 39 games. A very impressive return indeed. After Portsmouth he went to Aston Villa, Norwich (on loan), then Southampton before joining Liverpool in July 2005. At the time his signing seemed to be a “non-Liverpool type” signing to some. Crouch is a towering 6′ 7″ tall and his aerial ability is exceptional. Many fans thought that his signing would result in Liverpool playing a lot more long balls. Not really the “Liverpool Way”.

What a pleasant surprise Crouch turned out to be. Yes, his aerial ability was brilliant, but by no means was his aerial ability his only tool. Nor was it his best attribute. For such a big man, his first touch was excellent. The way he linked up play ensured Liverpool could still play the “Liverpool Way”. A great target man and an exceptionally skillful striker. The added bonus of course was that if needed, Liverpool could utilise his aerial dominance as a very handy, “Plan B”.

He did struggle at first after joining Liverpool. Crouch famously had considerable trouble in scoring his first goal for Liverpool. But as with buses, when you’re waiting for one – two arrive. He finally ended his barren spell with a heavily deflected fluke goal against Wigan in December 2005. In all he had played 1,229 minutes without scoring.

He went on to add a second against Wigan and scored five more goals in December. After scoring the winning goal against WBA on New Year’s Eve, he didn’t score for another eight games. But then he claimed his place in Anfield folklore when he scored the winner against Manchester United in an FA Cup tie with a powerful header.

In all, “Crouchie” played a 134 times for Liverpool, scoring a total of 42 goals.

Possibly the highlight of his Liverpool career was his “perfect” hat trick against Arsenal in March 2007. A right footer, a left footer and a header. You can see this quality hat trick here……

Great memories guys. Thanks for all your efforts for Liverpool. Both popular players and sorely missed when they left. 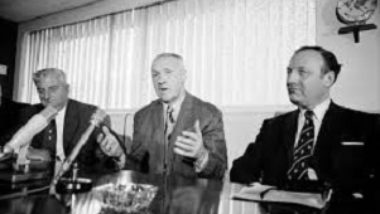 On This Day 12th July 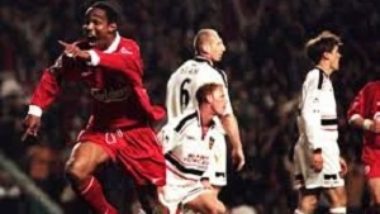 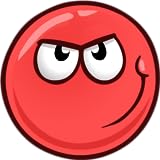 (85203)
£0.00 (as of July 4, 2022 03:20 GMT +00:00 - More infoProduct prices and availability are accurate as of the date/time indicated and are subject to change. Any price and availability information displayed on [relevant Amazon Site(s), as applicable] at the time of purchase will apply to the purchase of this product.)
The popular hit finally on Amazon devices All-New Red Ball Adventure 75 Levels Epic Boss Battles Cloud Support Exciting Physics Elements Groovy Soundtrack Controller Support

(3183)
£6.99 (as of July 4, 2022 03:20 GMT +00:00 - More infoProduct prices and availability are accurate as of the date/time indicated and are subject to change. Any price and availability information displayed on [relevant Amazon Site(s), as applicable] at the time of purchase will apply to the purchase of this product.)

(106)
(as of July 4, 2022 03:20 GMT +00:00 - More infoProduct prices and availability are accurate as of the date/time indicated and are subject to change. Any price and availability information displayed on [relevant Amazon Site(s), as applicable] at the time of purchase will apply to the purchase of this product.)