July 25, 2018 July, Liverpool Players Past And Present, On This Day No Comments

With the squad we currently have, several fans are offering their opinions as to whether or not we need another striker. Also, of the strikers we currently have – which ones to keep. Give Sturridge a chance maybe? What about Solanke? Danny Ings has fought back well from serious injury – does he deserve some appearances? Divock Origi?The debate will rage on until the transfer window closes no doubt. Talking of strikers though. On this day 25th July 2008 we signed David N’Gog.

On this day 25th July 2008 Liverpool signed David N’Gog from Paris St Germain for a fee of £1.5m. Much was expected of N’Gog when he arrived. He was young with a growing reputation in French football. Mind you, fans weren’t initially getting over excited though. And with good reason really. In previous years we had signed a plethora of “the next best….” players from France. Two youngsters in particular, Anthony Le Tallec and Florent Sinama Pongolle were going to be huge apparently.

Le Tallec was expected to be the greater shining light of the two. As it happens, it was his cousin Pongolle, who fared the better, although he didn’t exactly reach the heights hoped for either.

So, when N’Gog signed in 2008 as cover for Fernando Torres, fans were hopeful, but at the same time not overly excited. As it happens, due to Torres’ injury problems, N’Gog appeared as a starter a bit more than originally expected. In his first three years at Liverpool he appeared an impressive 94 times, scoring 19 goals in the process.

Probably his greatest moment in a red shirt was when he calmly despatched the 2nd goal against Manchester United in injury time in a 2-0 win at Anfield in October 2009.

You can relive all N’Gog’s 19 goals for Liverpool below.

Although he featured a fair bit under Rafa Benitez and Roy Hodgson, he hardly appeared when Kenny Dalglish took over.  In fact, N’Gog only started two matches after Kenny Dalglish was appointed after Roy Hodgson’s departure. They were both in Europa League matches against Sparta Prague.

Five of N’Gog’s eight goals that season came in Europe. On the final day of the 2011 summer transfer-window, six and after a total of 94 games for Liverpool, N’Gog moved to Bolton Wanderers for £4 million in a three-year deal.

Not a particularly good time for N’Gog at the Reebok though. He appeared in 33 Premier League matches and six domestic cup-ties in his first season with Bolton in 2011/12. But Bolton were relegated at the end of that season. N’Gog only managed to score four times.

After Bolton, N’Gog embarked on a bit of a nomadic spell, taking in clubs in the Premier League, back in France and in Greece. Most recently, in January 2018, N’Gog linked up again with former Bolton manager, Owen Coyle, when he signed for Ross County in the Scottish Premier League.

If you are looking for that ideal gift for a Liverpool fan friend or member of the family – or after something to treat yourself to, then take a look at the Fields Of Anfield Road store by clicking HERE. 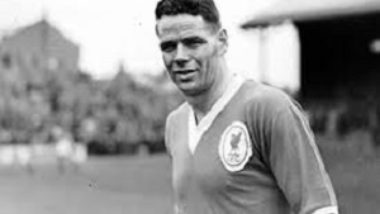 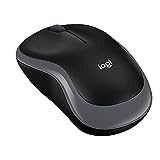 (73966)
23% Off £12.99 £9.99 (as of August 18, 2022 10:48 GMT +00:00 - More infoProduct prices and availability are accurate as of the date/time indicated and are subject to change. Any price and availability information displayed on [relevant Amazon Site(s), as applicable] at the time of purchase will apply to the purchase of this product.)
Compact Mouse: With a comfortable and contoured shape, this Logitech ambidextrous wireless mouse feels great in either right or left hand and is far superior to a touchpad Durable and Reliable: This wireless USB mouse features a line-by-line scroll w... read more 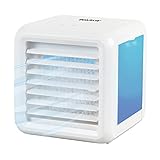 (598)
33% Off £29.99 £19.99 (as of August 18, 2022 10:48 GMT +00:00 - More infoProduct prices and availability are accurate as of the date/time indicated and are subject to change. Any price and availability information displayed on [relevant Amazon Site(s), as applicable] at the time of purchase will apply to the purchase of this product.)
Celebrating 150 years of Beldray, this 5 W Beldray Ice Cube+ is lightweight and portable for effortless use, ideal for home offices. The inclusion of a lengthy USB cable and handy mains adaptor means positioning the unique air cooler for maximum resu... read more 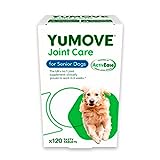 (17459)
26% Off £36.00 (£0.30 / count) £26.40 (£0.22 / count) (as of August 18, 2022 10:48 GMT +00:00 - More infoProduct prices and availability are accurate as of the date/time indicated and are subject to change. Any price and availability information displayed on [relevant Amazon Site(s), as applicable] at the time of purchase will apply to the purchase of this product.)
Multi-action dog joint supplement, specifically designed for stiff, senior dogs Aids stiff joints, supports joint structure and promotes mobility 50% more ultra-concentrated, joint-soothing Omega 3 than YuMOVE Adult, with added N-Acetyl D - glucosami... read more