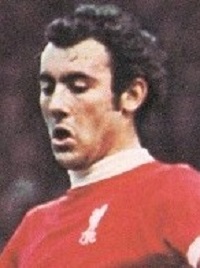 April 27, 2020 April, Liverpool Players Past And Present, On This Day No Comments

Ray Kennedy, was a very popular player for many Reds fans. He was indeed a quality signing from Arsenal. And what a masterstroke by Bob Paisley converting him from a striker to a midfielder. For those of us old enough, we will remember Kennedy as a big, bustling striker with Arsenal in the early 70’s. A bustling striker with a nice touch as well though.

Back in that era, many sides throughout the divisions played with a twin spearhead strike force. Quite often as well they were two big fellas. Ray Kennedy was certainly a big fella, as was his strike partner, John Radford.

Plenty of goals from the pair of them. Ray Kennedy himself scored 71 goals in 212 games for Arsenal. But then in the summer of 1974, his career took a different twist in more ways than one.

On 12th July 1974 he signed for Liverpool for £180,000. I remember it was a bit of a shock signing in some respects. He was a main player for Arsenal. So, to grab one of Arsenal’s players was quite a coup. But, that date may well ring a bell with you for other reasons. As big a signing Ray Kennedy was, his signing wasn’t the biggest news on the day.

No, the real blockbuster news was the announcement that Bill Shankly had resigned. It not only shook Liverpool, it shook the whole football world.

But, for this post at least, let’s talk about Ray Kennedy.

After the shock announcement, it was down to Kennedy to get himself settled in and to find a way into Liverpool’s starting XI. He went into Bob Paisley’s side straight away to begin with. Eight goals in his first 13 games was an impressive start. But then the goals dried up. John Toshack’s proposed move to Leicester collapsed, so with Kennedy’s dip in form, Toshack resurrected his partnership with Kevin Keegan.

It wasn’t until the following season that things began to change for the better for Kennedy. Mind you the season didn’t start well. He didn’t feature for the first six weeks. But then Peter Cormack got injured. It wasn’t necessarily a complete shot in the dark by Paisley to slot Kennedy into that role.

Paisley was aware that before joining Arsenal, Kennedy had played a deeper lying role regularly. So, Kennedy was chosen as Cormack’s replacement. His first game against Middlesbrough on 1st November 1975 as a left sided midfielder wasn’t good to say the least.

But then four goals in his next five games saw a huge change in fortunes. Very quickly it was seen that it was unlikely that Peter Cormack would get his place back, so he was moved on. Kennedy had made the role his own.

And so, we now had a very good – excellent in fact – left sided midfielder who filled the role brilliantly for years to come.

In total, Kennedy played 393 games for Liverpool, scoring 72 goals. Not a bad return for a midfielder. With or without the goals what Kennedy gave us was an incredible work rate and a natural balance down the left hand side.

Ray Kennedy’s last appearance for Liverpool came in December 1981. During his spell in the side, he collected a fair few trophies.

On this day 27th April 1991 Liverpool played Arsenal at Highbury in a testimonial game for Kennedy. Liverpool won 3-1. The result wasn’t the main consideration of course. It was a chance to pay tribute to a club legend. And to give him a proper send off.

As well as winning every domestic trophy and a few European ones as well, Kennedy also won 17 England caps, scoring 3 goals.

Yes, a fantastic player who will be so well remembered and revered by all of us old enough.

Thanks for the memories Ray Kennedy.

Thank you for visiting my Fields Of Anfield Road blog and thank you for reading this post. You can see all my other blog posts by clicking HERE.

For even more information on Liverpool FC, you can read a load more HERE. 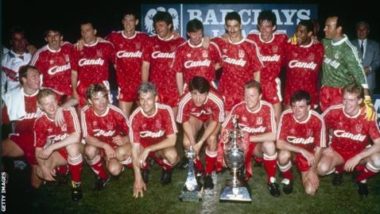 On This Day 28th April 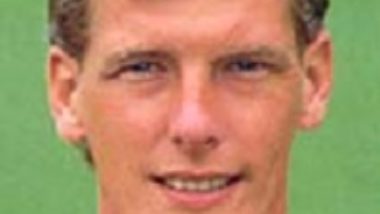 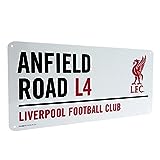 (4063)
17% Off £8.49 £6.99 (as of August 19, 2022 06:01 GMT +00:00 - More infoProduct prices and availability are accurate as of the date/time indicated and are subject to change. Any price and availability information displayed on [relevant Amazon Site(s), as applicable] at the time of purchase will apply to the purchase of this product.)
Liverpool Liverpool Approx 40Cm X 18Cm Show Support For Your Team Makes A Great Gift For Any Football Fan

Tall Tales and Wee Stories: The Best of Billy Connolly

(15139)
£4.99 (as of August 19, 2022 06:01 GMT +00:00 - More infoProduct prices and availability are accurate as of the date/time indicated and are subject to change. Any price and availability information displayed on [relevant Amazon Site(s), as applicable] at the time of purchase will apply to the purchase of this product.) 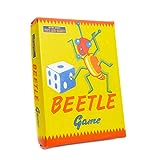 The Beetle Game - Retro Board Game

(814)
10% Off £9.99 £8.99 (as of August 19, 2022 06:01 GMT +00:00 - More infoProduct prices and availability are accurate as of the date/time indicated and are subject to change. Any price and availability information displayed on [relevant Amazon Site(s), as applicable] at the time of purchase will apply to the purchase of this product.)