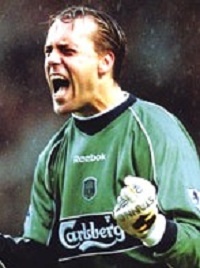 June 15, 2018 June, Liverpool Players Past And Present, On This Day No Comments

Our number 1 goalkeeping position is very much under discussion at the moment. Should we sign a new keeper, or should we stick with what we’ve got? So many divided opinions on this. The number 1 goalkeeping spot has regularly been a big talking point for Liverpool fans for many years. It was the case also on this day, 15th June 1999, when we signed Sander Westerveld from Vitesse Arnhem. The fee of £4m at that time made Westerveld the most expensive goalkeeper in British transfer history.

The Dutchman had gained quite a reputation after three seasons at Twente in the Eredivisie. He made his international debut, against Brazil, a week prior to him joining Liverpool.

As well as normal goalkeeping talents, Westerveld was also especially known for his drop-kick. This became known as “The Bomb.” He showcased his kicking abilities to teammates at training and fans in pre-match warm-ups by launching the ball from his penalty area into the stands behind the opposite goal.

Sander Westerveld’s gigantic kicking efforts were never officially measured but he was, however, widely recognised as having the longest kick in Europe.

Westerveld quickly won over the Anfield crowd when he first arrived. Prior to his arrival Liverpool fans had grown more and more frustrated by the inconsistency of David James and Brad Friedel. Sander Westerveld initially offered stability to this vital position. He was a great shot stopper, but he did lack dominance of the penalty area. Same as so many Liverpool number 1’s over recent years really.

He had an excellent first season behind the new central pairing of Sami Hyypia and Stephane Henchoz as Houllier’s team took shape.

An epic achievement of winning the treble of the League, FA and UEFA Cup in Westerveld’s second season was the highlight of his Liverpool days. However, he had been way less impressive than in his first year. Unforced errors started to creep into his game on a regular basis. For instance, he punched the ball into his own net in the Chelsea game on 1 October 2000. There were other glaring errors as well.

Houllier On The Look Out

In January 2001 Liverpool were linked with the promising Coventry stopper, Chris Kirkland. Westerveld wasn’t too concerned though. He said at the time…..

“I’ve been assured by Gerard Houllier that Liverpool haven’t made a bid for Chris Kirkland. I believe what the gaffer has told me and I was pleased to hear it. But as long as we don’t buy Edwin van der Saar or Peter Schmeichel I won’t be worried because I don’t mind who sits on the bench.

I’ve got a lot of confidence in myself and will not allow anyone to take my place at Liverpool for as long as I am under contract here.”

It’s all very well talking a good game, but unfortunately for Westerveld his performances continued to exasperate. In particular, he had a disastrous UEFA Cup Final in 2001 which almost cost Reds the treble.

Manager, Gerard Houllier had been looking for a replacement for quite a few months. So, it came as no surprise that he took action only three games into the 2001/02 season. Houllier was provided with the perfect excuse to axe Westerveld for good after a speculative long-range shot from Bolton’s Dean Holdsworth squirmed under his body.

I remember it well. Towards the end of the game, which was poised at 1-1. A real daisy cutter as they say. Or, to quote another goalkeeping phrase, you could have thrown your cap on it. As a result, Houllier signed not one, but two ‘keepers four days later!

Westerveld wasn’t obviously best pleased with the arrival of Jerzy Dudek and Chris Kirkland. He said at the time:

“When I returned from international duty last week Houllier told me that I was the No. 3 keeper at the club. He said I was still allowed to train with the first team but I would be sitting in the stands on Saturday. I’m absolutely disgusted with that. You could say we have dramatically different opinions. There’s no point going back for more talks. I’m looking for a new club as of now. There’s no use staying at Liverpool as long as Gerard Houllier is there.”

Westerveld revived his career with a successful spell in Spain with Real Sociedad and helped the Basque club to the runners-up place in La Liga and Champions League qualification.

As with today’s Liverpool keepers, opinion was very much divided on Sander Westerveld.

In all he made 103 appearances for Liverpool between 1999 and 2001, winning three trophies in the process. 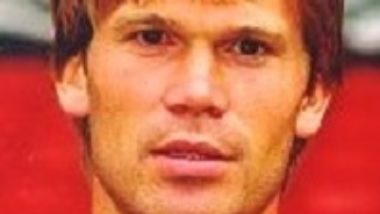 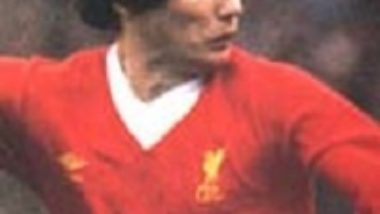 (2650)
£2.49 (as of August 9, 2022 16:28 GMT +00:00 - More infoProduct prices and availability are accurate as of the date/time indicated and are subject to change. Any price and availability information displayed on [relevant Amazon Site(s), as applicable] at the time of purchase will apply to the purchase of this product.)

(3239)
£6.99 (as of August 9, 2022 16:28 GMT +00:00 - More infoProduct prices and availability are accurate as of the date/time indicated and are subject to change. Any price and availability information displayed on [relevant Amazon Site(s), as applicable] at the time of purchase will apply to the purchase of this product.)

(128)
(as of August 9, 2022 16:28 GMT +00:00 - More infoProduct prices and availability are accurate as of the date/time indicated and are subject to change. Any price and availability information displayed on [relevant Amazon Site(s), as applicable] at the time of purchase will apply to the purchase of this product.)