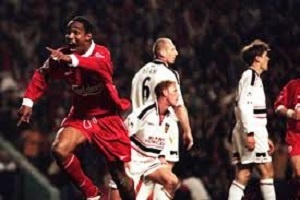 July 10, 2018 July, Liverpool Players Past And Present, On This Day No Comments

These players are indeed very rare. A direct transfer of players between Manchester United and Liverpool is virtually a “no-no”. The last player to move directly between the two clubs was Phil Chisnall back in 1964 when he moved from Manchester United to Liverpool. A move to or from the dark side is virtually unheard of.I often wonder if there has ever been a situation where either club have approached the other. Do they bother? If they did is the approach dismissed totally out of hand? Even players that have had other clubs in between spells at playing for the dark side are pretty rare.

I was talking to a friend of his and he said (in justification) that at the time in 2009 he had interest from Stoke, I think he said, and then out of the blue Manchester United came calling. As this pal of mine said, “no contest really”.

Er…..I beg to differ!! But there again, I’m talking as a Liverpool supporter. It is something a fan or a supporter could not contemplate. But there’s the rub. To the majority of players, playing football is a job. It’s not necessarily a passion about one particular club, or a vocation!!

Of course there are exceptions. Steven Gerrard and Jamie Carragher for instance. Also, from over on the dark side, Gary Neville, Paul Scholes and Ryan Giggs. John Terry at Chelsea is another. Harry Kane at Spurs may become another.

In the main though being a footballer is only a job to the majority.

Not quite going over the dark side, many Liverpool fans couldn’t understand Fernando Torres leaving Liverpool to join another arch rival, Chelsea in 2011. Torres wanted to win things. His exceptional talent suggested that he should be a regular recipient of trophies and awards. Torres saw Chelsea as a better place to ply his trade than Liverpool to help him achieve those goals.

As hard as it appears for diehard Liverpool fans to accept, his move proved to be a correct one for him. He won things. And big things. The FA Cup, the Champions League and the Europa Cup for instance. “His club” was Atletico Madrid so it must have been more of a wrench for him to leave them for Liverpool than leaving us for Chelsea I would imagine.

From The Dark Side

On this day 10th July 1997 however, one such player did just that. Paul Ince joined Liverpool from Inter Milan for a fee in the region of £4.2m on this day. Heralded as a great signing for us by many, the move obviously didn’t sit well with our foes over on the dark side – Manchester United fans. It was certainly a big signing for Liverpool and a big statement by Ince himself to make. Despite all his success with Manchester United, signing for Liverpool didn’t seem to be a problem for him.

Ince went on to make 81 appearances for Liverpool before he moved on to Middlesbrough. Roy Evans even made Ince captain.  Ince’s two years at Anfield reflected the team’s form generally – a bit up and down.

Ince had the experience and determination to do well but that was not enough to see Liverpool win any silverware unfortunately. Undoubtedly Ince’s sweetest moment in a Liverpool shirt was when he equalised to make it 2-2 in the eighty-ninth minute at Anfield after the Reds had been 2-0 down against Manchester United.

You can see his late equaliser here…..and didn’t he enjoy scoring it!!!

Certainly transfers between players crossing over the dark side divide are extremely rare indeed. Either directly, or with other moves in between. A certain amount of bottle needed no doubt by those players to brave the wrath of the fans for doing so.

On this day, 10th July 1997, was more than just another transfer. It was one of those rare occasions when a player moved from the dark side to the lush Fields of Anfield Road. Well done to Paul Ince for being the one to do that. 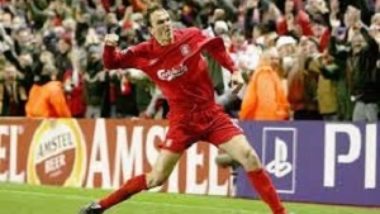 On This Day 11th July 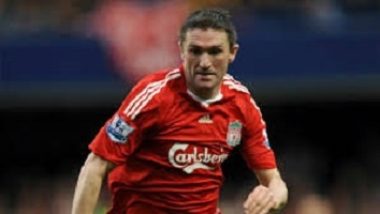 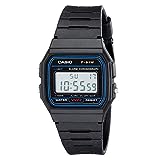 (1156)
£11.99 (as of July 6, 2022 04:02 GMT +00:00 - More infoProduct prices and availability are accurate as of the date/time indicated and are subject to change. Any price and availability information displayed on [relevant Amazon Site(s), as applicable] at the time of purchase will apply to the purchase of this product.)
Microlight - A built-in light illuminates the watch face from the side Stopwatch: Precise measurement of elapsed time with a touch of a button Alarm function: Daily alarm sounds each day at the time you set Water resistance: 30 m/3 Bar (splash resist... read more

(152)
£859.00 (as of July 6, 2022 04:02 GMT +00:00 - More infoProduct prices and availability are accurate as of the date/time indicated and are subject to change. Any price and availability information displayed on [relevant Amazon Site(s), as applicable] at the time of purchase will apply to the purchase of this product.)
Care-free Creation– Weighing less than 249 g, Mini 3 Pro doesn't require registration in most countries and regions; The foldable and compact design also makes it easy to carry on any adventure Seriously Pro Shots - Capture your world in remarkable d... read more

(1462)
40% Off £45.91 (£0.51 / count) £27.45 (£0.30 / count) (as of July 6, 2022 04:02 GMT +00:00 - More infoProduct prices and availability are accurate as of the date/time indicated and are subject to change. Any price and availability information displayed on [relevant Amazon Site(s), as applicable] at the time of purchase will apply to the purchase of this product.)
MacuShield Original Formula is the No.1 recommended supplement by eye experts MacuShield Original combines all three macula carotenoids - lutein (10 mg), zeaxanthin (2 mg) and meso-zeaxanthin (10 mg) - in a unique formula developed to enhance visual ... read more