May 5, 2018 Liverpool Players Past And Present No Comments

A happy 38th birthday to our former, classy midfielder, Yossi Benayoun. Very apt in a way as he also played for Chelsea, our opponents of course tomorrow. For me, Benayoun was a very underrated member of our squad. He joined us in July 2007 after catching the eye of Rafa Benitez a few years earlier when he played for Racing Santander in Spain. Eventually he signed for Liverpool from West Ham. I remember being really impressed with him when he played against us for West Ham in the 2006, “Gerrard Final”.

He cost us in the region of £5m. Money well spent methinks.

A bit of Yossi Benayoun’s background.

Benayoun began his career at Hapoel Be’er Sheva but really blossomed at Maccabi Haifa. He was voted Player of the Year as Maccabi won their first title in seven years in the 2000/01 season, Maccabi went on to repeat that championship win a year later.

His performances were getting noticed in other countries. As a result he was on his way to northern Spain and Racing Santander in 2003. Santander struggled but Benayoun shone. He was beginning to make a reputation for himself that Rafa Benitez was becoming aware of.

In all Benayoun made 101 league appearances and scored 21 goals for Santander. As a result of financial issues they cashed in on their star asset. West Ham paid £2.5million for the Israeli playmaker in the summer of 2005. His first season in the Premier League was quite a good one as he scored five goals and made seven assists. West Ham finished a fairly respectable ninth in the 2005/06 season and reached the FA Cup final. On the day, Benayoun proved to be a very tricky opponent for Liverpool. This performance certainly played a big part in Rafa signing him a year later.

Yossi Benayoun’s first season at Anfield was relatively successful from a personal viewpoint. He featured in 47 of Liverpool’s 59 competitive matches. Rafa Benítez felt he was a match winner but quite often Rafa saw him as an effective introduction from the bench. However, eleven goals was a more than satisfactory figure for a man playing as a second striker. Included in his goals tally were hat-tricks against Besiktas in the Champions League and Havant & Waterlooville in the FA Cup.

Benayoun’s second season was better again as Liverpool made a championship challenge. He scored nine times from 42 first-team appearances in the 2008/09 season and was rewarded with a two-year extension to his contract. This bound him to the club until 2013. Benayoun had another steady season in 2009/10 starting 29 competitive matches but significantly being replaced in 22 of them. His hat-trick against Burnley in a Premier League encounter with Burnley was a unique treble in another way too. It meant that Benayoun was the only English-based player to have scored hat-tricks in the Premier League, the Champions League and the FA Cup.

Ironically Benayoun’s best-ever form in a Liverpool shirt was rewarded with a transfer to our opponents tomorrow, Chelsea in the summer of 2010. His move came as a surprise to the fans to say the least. Benayoun was not a particularly happy man as he explained why he left:

“There is only one reason – Rafa Benítez. I want Liverpool fans to know the truth and for them to know I made up my mind to leave a long time ago because of Benítez. He never treated me with the respect I deserved.”

His move didn’t go too well initially. Benayoun’s first season back in London since 2006/07 saw him suffer a serious Achilles injury. This was to keep him out of action for over half the season. Although he eventually made a good recovery he only played in seven Premier League matches for Chelsea. Benayoun was loaned to Arsenal in the 2011/12 season where he played 26 first-team matches, scoring six times. Now at the age of 32, Benayoun made another loan-move, this time back to one of his former clubs, West Ham United, in the summer. He only made four starts at the Hammers and returned to Chelsea in December 2012.

Benayoun, who reached his 33rd birthday shortly before the end of the 2012/13 season, made only six Premier League appearances for Chelsea once he had returned to Stamford Bridge from his West Ham loan spell. He only played six times for West Ham as well. Consequently, Benayoun became a free agent in the summer of 2013.

On 10 December 2013 Benayoun moved to Queens Park Rangers for the rest of the 2013/14 season. 16 league appearances and 3 goals show that the short-term deal with Rangers was quite decent for both the player and the club. Rangers reached The Championship play-off final as they looked to make an immediate return to the Premier League. However it wasn’t clear at the time of the play-off final whether the Israeli, who passed his 34th birthday shortly before the end of the 2013/14 season, would be looking for a new contract with QPRs or any other club.

On 6 June 2014 Benayoun had again signed for Maccabi Haifa on a two year contract. He later joined Maccabi Tel Aviv in the summer of 2016.

If you want a reminder of Yossi Benayoun in a red shirt, or if you never saw him play – watch this short video 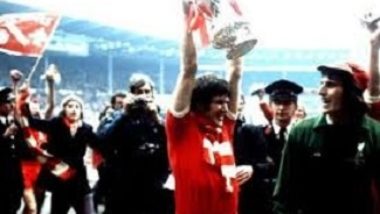 On This Day 4th May 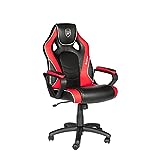 £179.99 (as of August 9, 2022 16:15 GMT +00:00 - More infoProduct prices and availability are accurate as of the date/time indicated and are subject to change. Any price and availability information displayed on [relevant Amazon Site(s), as applicable] at the time of purchase will apply to the purchase of this product.)

(5)
6% Off £13.80 £12.90 (as of August 9, 2022 16:15 GMT +00:00 - More infoProduct prices and availability are accurate as of the date/time indicated and are subject to change. Any price and availability information displayed on [relevant Amazon Site(s), as applicable] at the time of purchase will apply to the purchase of this product.)

(37)
£14.50 (as of August 9, 2022 16:15 GMT +00:00 - More infoProduct prices and availability are accurate as of the date/time indicated and are subject to change. Any price and availability information displayed on [relevant Amazon Site(s), as applicable] at the time of purchase will apply to the purchase of this product.)