October 18, 2017 Match Reports, View From The Kop No Comments

Well, it finally happened didn’t it. We’ve been saying for a few weeks that someday, someone will get a good pasting from us. Sadly for Maribor it was them. Everything seemed to click as Liverpool write a piece of history. Already holding the Champions League record for their 8-0 home win against Besiktas in 2007, Liverpool ran riot against their Slovenian counterparts.

Having won only one of their previous eight games, we were in need of a much needed win. And a win is what we got, in emphatic style.

Liverpool had started their Champions League campaign with two draws – 2-2 at home against Sevilla and 1-1 at Spartak Moscow. Against Maribor however we never looked in any danger of dropping any points against a side sitting in second place in Slovenia’s First League.

Some credit to Maribor though. They managed more shots on target than Manchester United had last weekend.

Here is how the match unfolded.

We were off to a flyer in this game. A goal up after 3 minutes then leading 2-0 after 13 minutes was exactly the start we needed. After this blistering start it became a question of how many we would score. It is not unfair to say that Maribor were being totally outclassed.

Let’s not get too wrapped up about the quality of our opponents though. The Reds did not disappoint as they produced a wonderful, free-flowing performance. It is often easy to be over critical of your opponents when you batter them, but as the saying goes, you can only beat what’s in front of you. And that’s what we did. With some style. Bobby Firmino gave us the lead, with strikes from Philippe Coutinho and Mohamed Salah soon to follow. A fourth before half time from Salah again meant that we could afford to relax a bit in the second half.

Even though Jurgen Klopp’s side had won only one of their past eight matches in all competitions before this confidence-building performance, our enigmatic boss was able to give some of our squad players some much needed minutes in the second half.

Maybe having one eye on the match at third-placed Tottenham on Sunday, Salah, Firmino and Wijnaldum were withdrawn in the second half. This gave Alex Oxlade-Chamberlain, Daniel Sturridge and 20-year-old Dominic Solanke the chance to shine. After Bobby Firmino made it 5-0 after 54 minutes, it was time for Jurgen Klopp to use his subs.

Although not on the scoresheet, Sturridge looked lively when he came on. In the 86th minute he played Oxlade-Chamberlain in. The England midfielder confidently slotted past Jasmin Handanovic for his first goal since his £35m move from Arsenal at the end of August. A well earned opener for The Ox. After Saturday and again last night, slowly but surely he is beginning to show his undoubted talent.

Even then, there was still time for Alexander-Arnold to score only his second Liverpool goal. His drive from outside the box was deflected past Handanovic to seal a perfect night for the Reds.

There were some great performances all round. Firmino and Salah two goals apiece and one assist each stole the show. The ever influential Philippe Coutinho with one goal and two assists made another telling contribution. But, as already said, there were great performances all round. Great to see James Milner run the show in midfield. Emre Can, in a deeper role was dominant. And another clean sheet for our much maligned back four.

These two teams meet again in two weeks. We shouldn’t get too carried away but we should be confident of a positive result in the return.

We are now halfway through the group phase. As it stands, Liverpool are top, level on points with Spartak Moscow, who defeated previous leaders Sevilla 5-1.

You can watch the match highlights here…..

A great night all round as Liverpool write a piece of history.

Liverpool Fans Are Getting Restless 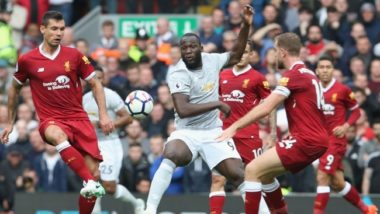 (661)
(as of July 7, 2022 01:06 GMT +00:00 - More infoProduct prices and availability are accurate as of the date/time indicated and are subject to change. Any price and availability information displayed on [relevant Amazon Site(s), as applicable] at the time of purchase will apply to the purchase of this product.)

(11404)
39% Off £32.99 £19.99 (as of July 7, 2022 01:06 GMT +00:00 - More infoProduct prices and availability are accurate as of the date/time indicated and are subject to change. Any price and availability information displayed on [relevant Amazon Site(s), as applicable] at the time of purchase will apply to the purchase of this product.)
Rechargeable all-in-one trimmer with unprecedented cutting performance vs. previous generations of Braun beard trimmers 6-in-1 beard trimmer, face and hair trimmer for men's grooming Lifetime Sharp Blades and 13 length settings for utmost styling pre... read more 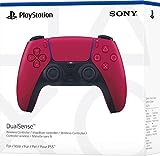 (4136)
15% Off £64.99 £54.95 (as of July 7, 2022 01:06 GMT +00:00 - More infoProduct prices and availability are accurate as of the date/time indicated and are subject to change. Any price and availability information displayed on [relevant Amazon Site(s), as applicable] at the time of purchase will apply to the purchase of this product.)
Explore new gaming frontiers on your PS5 console with the DualSense Cosmic Red wireless controller. Part of a new line-up of galaxy-themed colours, this vivid two-tone design is inspired by the uniquely stunning shades of red found throughout the cos... read more