The Season So Far – Derby Day Delight In January

February 3, 2014 Match Reports, View From The Kop No Comments

The highlight of our six games in January was of course our 4-0 demolition job over our neighbours across Stanley Park, Everton on the 28th January.

The way in which we took them apart was incredible in so far as they had only conceded 11 goals on their travels all season and, to many, were considered favourites to win this much awaited encounter.

It was not to be for Everton as Liverpool tore into them from the off, putting the Everton back four under immense pressure. The return of Daniel Sturridge from injury has given us an extra dimension as the goal threat now in the side is an ever increasing problem for all Premier teams defences.

The form and the goals from Sturridge is even more remarkable really. Apart from his latest 7 or 8 weeks absence, he hardly had any pre-season training as he recovered from another ankle injury. His goals and  current form is a tribute to the hard work and dedication he carried out behind the scenes to get himself back fit again.

To be fair, Everton didn’t play that badly at times going forward but on the night they were no match for Liverpool and their firepower.

Enjoy some of the highlights here…..

As ever on these occasions The Kop was in fine voice…….

The other five games in the month saw us successfully negotiate two potentially tricky FA Cup ties against Oldham at Anfield in the 3rd round, where a first Liverpool goal for the ever patient Iago Aspas and a late own goal ensured a 2-0 victory.

We enjoyed the same scoreline when we made the trip to the South coast to face Bournemouth. Goals this time coming from Victor Moses and yet again, Daniel Sturridge. How Chelsea must be kicking themselves for letting him go.

Our other two games in the League saw us win a right rollercoaster of a game at Stoke 5-3 and see us struggle to a 2-2 draw against Aston Villa at Anfield. The draw against Villa was only the second game this season where we dropped points at home. Again Daniel Sturridge was on the scoresheet, accompanied by a second half Steven Gerrard penalty.

The Stoke game was, as they say, a great game for the neutrals. Liverpool raced into a 2-0 lead only to be pegged back by ex-Reds Peter Crouch and Charlie Adam. The second-half ebbed and flowed with Liverpool eventually coming on top by five goals to three. I remember commenting to a friend that we must be the only team to score five goals away from home and be hanging on at the end!!

See what manager, Brendan Rodgers, thought of it all…..

January saw us maintain our top four challenge. Roll on February when we will face two tough games against one of greatest rivals, Arsenal.

The Season So Far – Mixed Fortunes In December

(16190)
£0.00 (as of August 9, 2022 17:15 GMT +00:00 - More infoProduct prices and availability are accurate as of the date/time indicated and are subject to change. Any price and availability information displayed on [relevant Amazon Site(s), as applicable] at the time of purchase will apply to the purchase of this product.)
24/7 LIVE STREAM: Manchester United content available all day, every day, with the live MUTV stream. VIDEO ON DEMAND: Catch up on your favourite Man Utd programmes anytime with our on demand content. MY LIST: Add shows and episodes to create your own... read more

(14)
30% Off £20.00 £14.00 (as of August 9, 2022 17:15 GMT +00:00 - More infoProduct prices and availability are accurate as of the date/time indicated and are subject to change. Any price and availability information displayed on [relevant Amazon Site(s), as applicable] at the time of purchase will apply to the purchase of this product.) 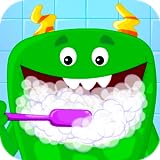 (20413)
£0.00 (as of August 9, 2022 17:15 GMT +00:00 - More infoProduct prices and availability are accurate as of the date/time indicated and are subject to change. Any price and availability information displayed on [relevant Amazon Site(s), as applicable] at the time of purchase will apply to the purchase of this product.)
3000+ Fun educational activities, lullabies, stories, songs, educational games for preschool kids & toddlers Learn ABCs, 123, alphabet, letters, phonics, first words, numbers, counting, colors, shapes and much more Loads of surprises with endless fun... read more