The Season So Far – Mixed Fortunes In December

January 2, 2014 Match Reports, View From The Kop No Comments

The busy month of December saw us feature in seven Premier League games, four of which resulted in emphatic victories while the other three ended in defeat.

Let us consider the three defeats first. Two of them we lost with heads held high and with many positives to take from those games. The other defeat was rather bleak to say the least. Hull away on the 1st December was arguably our worst performance of the season. The manner of the 3-1 defeat to The Tigers was a throw back to seasons not that long ago. The performance was flat, disjointed and dispirited.

Contrast that with our two other defeats in December against title contenders Manchester City and Chelsea. Although we lost both of these games 2-1 it is not unreasonable to say that we didn’t deserve to lose either of them. On Boxing Day against Manchester City at The Etihad Stadium we took the game to them in a way no other side has done for many a day. As with the Chelsea game on the 29th December key referring decisions went against us – as did some very poor defending and goalkeeper errors.

Quite how Raheem Sterling was given offside at The Etihad is anyone’s guess. At the time the game was balanced at 0-0 and soon after Philippe Coutinho did score to give us the lead. What should have been a two goal cushion but was only one was a travesty.

However, bad refereeing aside, if we could take a lead and hold onto it then controversial refereeing decisions resulting in perfectly legitimate goals being chalked are not so crucial. For City’s first goal Martin Skrtel yet again saw fit to wrestle with Vincent Kompany at a City corner instead of doing what he should have been doing – ie attacking the ball and not the man. City’s winner was courtesy of a Simon Mignolet error. It is fair to say that he has made some fantastic match winning or match saving saves already this season, so we cannot be too critical at a couple of isolated errors.

Onto Chelsea at Stamford Bridge a few days later and not for the first time, referee Howard Webb ensured that he was the main talking point after the game. Quite how he is recognised as our best referee is a complete mystery to many fans throughout the country. If he is the best then it doesn’t say much for the others really does it.

He missed a blatant red card card decision in the first few minutes when Samuel Etoo attempted to snap Jordan Henderson’s leg in half, then late on in the game, the very same Etoo, who should not have been on the pitch scythed down Luis Suarez in the penalty area to provide another simple decision from our “finest referee”. But no, to everyone’s amazement (apart from the now very irritating “I make controversial decisions for the hell of it” Jose Mourinho) no penalty was given.

Again though, like in the City game, a goalkeeping error ultimately cost us the points.

Both games however did demonstrate that we are worthy to be at the top table with the big boys.

The other four games in December however weren’t just wins they were very emphatic wins with goals, goals and more goals. All victories were fantastic team efforts but yet again, one player shone like a beacon in each performance. That player of course was the magical Luis Suarez. Sublime, amazing, astonishing, fantastic……the superlatives just trip off the tongue with every goal, every twist and turn and every nutmeg he mesmerises us with.

The four victories we enjoyed were 3-1 against Cardiff at Anfield, Suarez with two stunning goals, an incredible 5-0 victory against Tottenham Hotspur at White Hart Lane Suarez again with two stunning goals, a 5-1 mauling of Norwich at Anfield (with four absolutely breathtaking goals from Suarez. It is saying something when a stunning 35 yard free kick is mentioned in the same way a simple tap-in would be due to the excellence of his other three goals. How Norwich must be sick of the sight of Suarez as he completed his third consecutive hat-trick against them.

Our fourth victory in the month came against West Ham, where a 4-1 win put us into second place in the table. Surprise, surprise, Suarez scored another two goals. Ten goals in December from Suarez….not bad for someone who is not a natural goalscorer allegedly.

The season is progressing well. We just hope we can keep our key players fit and we learn from our ever increasing defensive errors and manage to close out games after we take the lead.

The Season So Far – Derby Day Delight In January

(661)
(as of July 7, 2022 00:51 GMT +00:00 - More infoProduct prices and availability are accurate as of the date/time indicated and are subject to change. Any price and availability information displayed on [relevant Amazon Site(s), as applicable] at the time of purchase will apply to the purchase of this product.)

(15773)
£0.00 (as of July 7, 2022 00:51 GMT +00:00 - More infoProduct prices and availability are accurate as of the date/time indicated and are subject to change. Any price and availability information displayed on [relevant Amazon Site(s), as applicable] at the time of purchase will apply to the purchase of this product.)
24/7 LIVE STREAM: Manchester United content available all day, every day, with the live MUTV stream. VIDEO ON DEMAND: Catch up on your favourite Man Utd programmes anytime with our on demand content. MY LIST: Add shows and episodes to create your own... read more 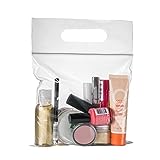 (533)
14% Off £6.99 £5.98 (as of July 7, 2022 00:51 GMT +00:00 - More infoProduct prices and availability are accurate as of the date/time indicated and are subject to change. Any price and availability information displayed on [relevant Amazon Site(s), as applicable] at the time of purchase will apply to the purchase of this product.)
100% COMPLIANT with all airlines' requirements for carry-on liquids bag CONVENIENT HANDLE to carry liquid toiletries easily while waiting to go through airport security checks COMPLETELY TRANSPARENT with no logo or colour zip to avoid repacking in aw... read more