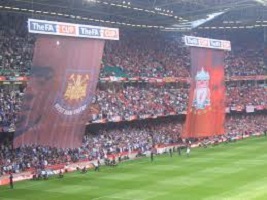 Happy memories of this particular date – 13th May 2006. Not only for the outcome but because it was one of those memorable “I was there” games. The 13th May 2006 became a very significant date as it marked a special performance by a special player. And, as a result, the game will always be remembered as one of those ‘named’ events. It was an FA Cup Final, so not many bigger stages really to make your mark.

Back in 1953, the FA Cup Final became known as the “Matthews Final” as a tribute to a brilliant performance by Stanley Matthews. In a similar way, 13th May 2006 is now known as the “Gerrard Final.”

To say Stevie G won it on his own is maybe an overstatement. But, let’s just say, if he hadn’t played we would have lost the Final.

Anyway, a few brief moments of the Final to recollect.

Some Liverpool fans had already made their way to the exits (tut, tut!!) as the game entered injury time. The score at that point was 3-2 to West Ham. We were sat about 35 to 40 yards away from the goal to our left. Liverpool were pushing for a late equaliser when the ball broke in midfield about 30-35 yards from goal. No imminent danger it seemed for West Ham until……

Unluckily for West Ham the ball broke to Gerrard. Without any hesitation Stevie G smacked it first time into the bottom left hand corner of Shaka Hislop’s net. Cue everyone going bonkers around us and beyond.

It wasn’t just the significance of the goal. An equaliser in the FA Cup Final in injury time. No, it was also the quality of the goal. And not only that it was because it was scored by a special player who, on the day, shone like a beacon.

We were always playing catch up during this game. This was largely due to our own errors as much as West Ham’s efforts. Although to be fair West Ham played well on the day. I seem to remember being particularly impressed with Yossi Benayoun’s performance for West Ham. The same Benayoun we went on to sign a short while later. A quality player.

A jamie Carragher and a Dean Ashton (Pepe Reina error assisted) second had us 2-0 down before the half hour mark. A Djibril Cisse effort soon after Ashton’s effort put us back in it before half time.

About 10 minutes into the second half Gerrard pulled us level with a well taken goal. Unfortunately though just after the hour mark, Reina misjudged a Paul Konchesky cross and we were 3-2 down. It stayed that way until Stevie’s great, late stunner.

Penalties followed where we went on to win 3-1 in the shootout. Fair play to Reina in the penalty shootout as he went on to save three pennos.

It was a great occasion to attend. The venue helped as well. Most fans I speak to preferred the Millenium Stadium in Cardiff as a Final venue rather than Wembley. Such a shame there are no finals in Cardiff any more.

Anyway, 13th May 2006. Great memories. Another one to add to the archive memory banks.

Thanks for reading my latest blog post and many thanks for visiting my website. It is much appreciated. To see all my other blog posts, then click this link HERE.

If you are looking for even more information on our great club then why not have a look at my main website HERE. 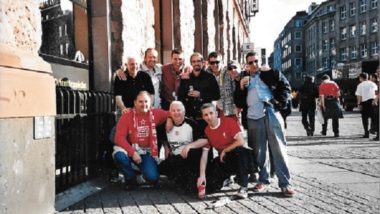 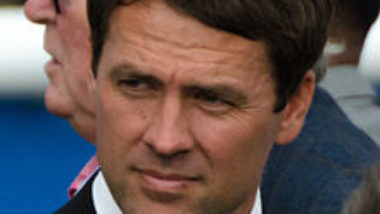 On This Day 6th May

(170)
(as of July 4, 2022 03:51 GMT +00:00 - More infoProduct prices and availability are accurate as of the date/time indicated and are subject to change. Any price and availability information displayed on [relevant Amazon Site(s), as applicable] at the time of purchase will apply to the purchase of this product.)

(1639)
(as of July 4, 2022 03:51 GMT +00:00 - More infoProduct prices and availability are accurate as of the date/time indicated and are subject to change. Any price and availability information displayed on [relevant Amazon Site(s), as applicable] at the time of purchase will apply to the purchase of this product.)

(1413)
(as of July 4, 2022 03:51 GMT +00:00 - More infoProduct prices and availability are accurate as of the date/time indicated and are subject to change. Any price and availability information displayed on [relevant Amazon Site(s), as applicable] at the time of purchase will apply to the purchase of this product.)