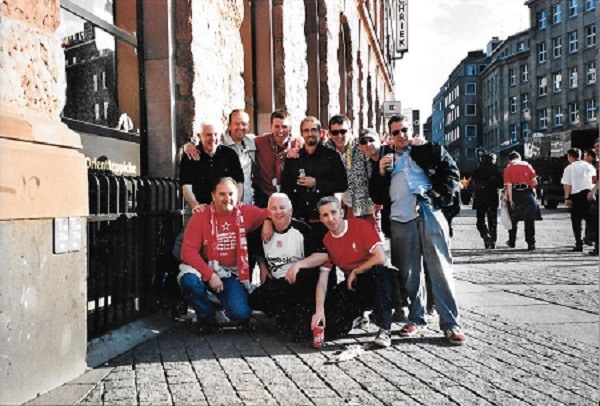 On this day 16th May 2001 was another one of those “it was great to be there moments.” This was the day we completed a unique cup treble when we beat Alaves in the final of the UEFA Cup. Having previously beaten Birmingham City and Arsenal in the two domestic cup finals, we went to Dortmund in good form and full of confidence.

Those two finals against Birmingham and Arsenal were played at the Millennium Stadium in Cardiff. What a great venue. I’ve said before how much better Cardiff was as a venue for Cup Finals. The stadium smack bang in the middle of a great city. Plenty of pubs and eating places and well policed. As I say, a great venue and so much better than Wembley in my humble opinion. Anyway…….

So with the FA Cup and the League Cup in the cabinet, a relatively short trip to Dortmund for the UEFA Final against Alaves. Not much was known about our La Liga opponents. The same would probably be said by many Spanish football fans as well and not just we Liverpool fans. Their star player was probably Jordi Cruyff, son of Dutch legend Johan. Although I seem to remember their centre forward was a bit tasty.

What a team we were though!!!!

And the team on the pitch wasn’t bad either!!!

We were staying just outside Cologne, about 45 miles or so from Dortmund. A regular train journey was in operation so a quick one and a half hours on the train saw us into Dortmund in plenty of time. There weren’t many Alaves fans knocking about. I think they only sold about 8,000 tickets for the final if my memory serves me right.

A quick look around a very impressive looking city centre and time for refreshments. Fair do’s to the authorities in Dortmund. They had everything boxed off.

In The Square Before The Game

There was an area in the city centre where you could indulge in a drink or two if you wished. And have a bite to eat as well. It was a Square not far from the shops etc. The name of which escapes me. No shocks that we did partake in a few snifters before the game. There was a fair bit of entertainment going on as well. A succession of Liverpool and other bands played some nifty numbers. One incident stood out and will always be remembered by those of us in our group.

We were standing by one of the beer stands quietly enjoying a bevvy when we looked over to a stage nearby. A band was belting out some singalongs and the throngs in front of them were bouncing up and down and generally joining in.

There was one fella though in the front of the crowd right in front of the stage who was going particularly bonkers. He was throwing himself all over the place really enjoying himself. He was, in effect, the cheerleader to a large extent to all those listening to the band.

After a while, he was getting more and more animated and was really going at it. To such an extent he had our undivided attention for a fair few minutes.

“Look at that fella there, he’s mental” was one of the more normal comments as we witnessed what was happening in the stage area.

“Hey, hang on a minute. That fella going bonkers. It looks like……no, it can’t be…..but it does look like……

When we signed Peter Crouch we sang about his size and how his feet stuck out of the bed. But the first version of that song was sung about another tall centre forward we had. The words were different though. In fact, the words were as per the heading above.

Although he didn’t do a great deal on the pitch in terms of goals output (two goals against Hull in a 5-2 League Cup win and another two in Ronnie Moran’s testimonial against Celtic was the sum total I think), he did become a bit of a cult hero. The fans will always relate to a trier. A player that gives 110% and one with a bit of character. This player had character, effort and charisma in abundance. And as we watched the band (and the possessed fan) going at in the Square, all those traits were evident in spades.

The initial observation of “hey, hang on a minute. That fella going bonkers. It looks like……no, it can’t be…..but it does look like……” did in fact turn out to be our so very enthusiastic ex-centre-forward. Take a bow, Erik Meijer.

What a top, top bloke. He was amazing. Dancing and bopping like the most fervent Kopite you could imagine. At the time he was playing in Germany for Hamburg, so a trip to Dortmund was on his doorstep essentially. Although I don’t think locality, or lack of it, would have stopped him attending. To say he enjoyed himself was a bit of an understatement.

As I say, he didn’t score that many but he did give his all. The fans loved that. So much so that Meijer made the top 100 in the fans poll – “100 Players Who Shook The Kop.” Now that is no mean feat.

By the way his two goals against Celtic in Ronnie Moran’s testimonial was also on this day 16th May. But this was 20 years ago in the year 2000.

Maybe not surprisingly for Liverpool, we made things a bit more difficult than they should have been possibly. We were 2-0 up early doors after goals by Markus Babbel and Steven Gerrard. Alaves pulled one back only for Gary McAllister to restore our two goal cushion with a penalty just before half time. Really speaking we were well on top but defensive frailties reared their ugly head – not for the first time that season.

To such an extent that two quick goals early in the second half from Alaves turned it into squeaky bum time. It looked like Robbie Fowler won it for us though in the 73rd minute with a cracking individual effort.

But, there was still drama to come. I think it’s fair to say that Sander Westerveld didn’t have his best game for us that night. It was no surprise then that a corner in the last minute of normal time saw Westerveld go walkabouts in his six yard box and Jordi Cruyff nodded a simple 4th goal for Alaves. Three of Alaves four goals came from headers. The defending from crosses that night wasn’t good to say the least.

Onto extra-time. Alaves got themselves into a backs to the wall situation as they found themselves down to 9 men. Surely we couldn’t throw it away from here. Fair do’s, and sure enough, we didn’t. An own goal three minutes from the end saw us win on the golden goal rule. Cue scenes of delirium and celebration.

As great as the win was, after the game was a nightmare. The attendance on the night was about 50,000 or so. As there were only about 7,000 to 8,000 Alaves fans, there must have been somewhere in the region of 40,000 plus Liverpool fans in Dortmund.

Having initially been informed that the trains would still be running after the game, getting back to Cologne wouldn’t be a problem. Or so we thought. We made our way back to the railway station only to see a police cordon and to be greeted with the information that the trains had stopped running for the night.

The options for us were, find an all night bar(s) so we could wait until the trains started up again. Kip in a shop doorway, or somehow try and get transport back to Cologne. The streets were packed with Liverpool fans all with the same dilemma. Taxis were as rare as rocking horse “do, do’s” and so we were running out of options. But then somehow, Senior Morgy (top row, far left in team photo above), managed to flag a taxi down. Several hours after the game we were on our way back to Cologne. A great result after a great result. Junior Morgy found a bar and partied the night away. Three great results then!!

Without a doubt, 16th May 2001 was a memorable day in more ways than one. Great memories, great football, great bunch of fellas for company (thanks to Tich, Morgy Senior, Morgy Junior, Keith Morgy and Paul), oh and meeting and watching Erik Meijer perform!!! Brilliant day.

If my memory is correct we went to an Irish bar in Cologne the following day where we saw the highlights of the Milan derby played a few days before. It sticks in my mind because AC Milan battered Inter 6-0. A few sherbets then make our way home. Brilliant stuff.

Thanks for reading my 16th May 2001 blog post and thanks for visiting my website. Much appreciated. To see all my other blog posts – click HERE. For “On This Day” posts specifically you can see all those by clicking HERE.

For even more information on our great club have a look at my main Fields Of Anfield Road website HERE. 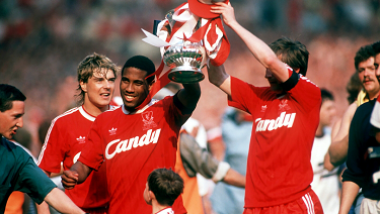 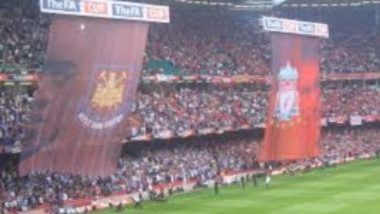 (249)
(as of February 8, 2023 01:25 GMT +00:00 - More infoProduct prices and availability are accurate as of the date/time indicated and are subject to change. Any price and availability information displayed on [relevant Amazon Site(s), as applicable] at the time of purchase will apply to the purchase of this product.)

(16)
(as of February 8, 2023 01:25 GMT +00:00 - More infoProduct prices and availability are accurate as of the date/time indicated and are subject to change. Any price and availability information displayed on [relevant Amazon Site(s), as applicable] at the time of purchase will apply to the purchase of this product.)

(8142)
£29.95 (£28.52 / 100 ml) (as of February 8, 2023 01:25 GMT +00:00 - More infoProduct prices and availability are accurate as of the date/time indicated and are subject to change. Any price and availability information displayed on [relevant Amazon Site(s), as applicable] at the time of purchase will apply to the purchase of this product.)
Top Note: Apple, Bergamot, Blackcurrant, Pineapple, Lemon Middle Note: Rose, Birch, Jasmine Base Note: Musk, Ambergris, Patchouli, Vanilla Experience the best Armaf has to offer, this legendary Fragrance encapsulating luxury in a single spray.