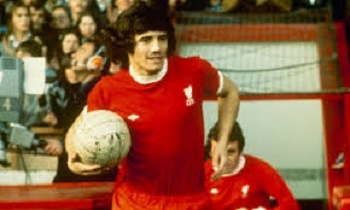 As well as today, the 3rd June, being a “Happy Birthday” to the best club in the world, this same date also signalled the end for two club legends. On this day 3rd June also seems to have been a day for departures. Two huge legends of this magnificent club left on this day. Who were they?

A Day For Departures – Kevin Keegan

On this day 3rd June 1977 Kevin Keegan moved onto pastures new. After winning 3 league titles, 2 UEFA Cups, 1 FA Cup and, just over a week earlier, a European Cup, Keegan departs to Hamburg in the Bundesliga. A fee of £500,000 enabled Hamburg to secure his services. A huge amount of money in those days.

Liverpool had signed Keegan from 4th Division Scunthorpe United for £35,000 in 1971. His sale represented a great return on Liverpool’s initial investment. In all Keegan made 323 appearances for Liverpool, scoring 100 goals.

Arguably, as a player in the 1970s and 1980s, he was described as “the first superstar English player to attract the modern media spotlight”. As we know the media have followed (hounded) so many others since.

I remember thinking at the time, like so many other fans, that his departure was a nightmare. Our stellar player leaving. And just after we’d won the European Cup as well. Mind you, Keegan had announced at the start of his last season that he was going. Quite a rare announcement really in those days.

Not The Nightmare We Thought

As it happened, Keegan’s departure wasn’t the nightmare we initially feared. And why was that? Incredibly we managed to replace the loss of a brilliant player with an upgrade. With the £500,000 we got for Keegan we signed King Kenny for £440,000 a couple of months later from Celtic. Talk about every cloud has a silver lining. No disrespect to Keegan, but his departure turned out to be a positive move in the history of our club really.

Why else was 3rd June a day for departures?

After six seasons at Anfield, Rafa Benitez leaves by mutual consent on 3rd June 2010 after a poor 2009/10 season. Mind you, there were huge mitigating circumstances for such a poor season. Namely, Rafa had to contend with the poisonous regime of Hicks and Gillette. With his hands tied and no “Snoogy Doogy”, Rafa was on a hiding to nothing.

Of course he didn’t help himself at times. Especially his infamous interview when he repeated “I am focused on training and coaching my team” 15 times after co-owner Tom Hicks told him to stop talking about the January transfer window.

Never a man to shirk a challenge, or a confrontation (as per his “FACT” interview rant will testify).

Rafa will always go down as a club legend. Not only for his achievements in winning trophies – with the Champions League success against AC Milan in 2005 at the pinnacle of course – but also for his support for the Hillsborough Justice Campaign.

Who can forget the outpouring of emotion Rafa displayed during the Hillsborough Memorial in 2011….

Rafa clearly loved his time at Liverpool. He still has his home on The Wirral as he and his wife, Montse, are now ‘locals’ and they love it here.

Thanks for the memories Kevin and Rafa.

Let’s hope today – 3rd June 2018 – is not also a day for departures for any other key individuals. 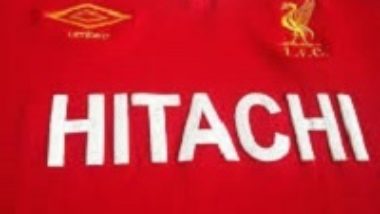 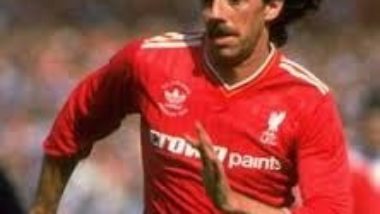 (7803)
£7.99 (as of July 4, 2022 03:07 GMT +00:00 - More infoProduct prices and availability are accurate as of the date/time indicated and are subject to change. Any price and availability information displayed on [relevant Amazon Site(s), as applicable] at the time of purchase will apply to the purchase of this product.)

(12)
£7.99 (as of July 4, 2022 03:07 GMT +00:00 - More infoProduct prices and availability are accurate as of the date/time indicated and are subject to change. Any price and availability information displayed on [relevant Amazon Site(s), as applicable] at the time of purchase will apply to the purchase of this product.)

What a Flanker: The funniest sports biography you’ll ever read

(4696)
£4.99 (as of July 4, 2022 03:07 GMT +00:00 - More infoProduct prices and availability are accurate as of the date/time indicated and are subject to change. Any price and availability information displayed on [relevant Amazon Site(s), as applicable] at the time of purchase will apply to the purchase of this product.)