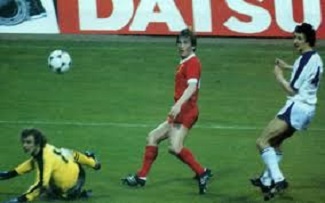 Certainly plenty going on in our illustrious history on this day 10th May. As we all know May is really the business end of the season. And haven’t Liverpool done a lot of business in May over the years. Anyone read the book “Here We Go Gathering Cups In May”?. If not, you should. It’s a great read. So, what has happened on this day 10th May?

Kenny Dalglish? Anyone remember him? Of course you do. What a daft question. Was it really 42 years ago on this day 10th May 1978 when he, King Kenny – now better known as Sir King Kenny – slotted home the winner against FC Bruges at Wembley?

As it happened it was the second consecutive year we had won the trophy, having won it in Rome the year before. The game itself was a pretty dour affair very much dominated by Liverpool. Regulars during the season David “Doc” Johnson and “Anfield Iron” Tommy Smith were notable absentees. Johnson had strained his knee earlier in the season while Smith’s absence was a bit more bizarre. He dropped a pick-axe on his foot and broke his toe? What was he doing with a pick-axe? Hard as he was, probably picking his teeth!!!

Dalglish latched onto Graeme Souness’ clever pass just after the hour mark and dinked the ball over the advancing Bruges keeper, Birger Jensen.

While it was Liverpool’s second consecutive appearance in the European Cup Final, it was a first appearance for Bruges.

What else happened on this day 10th May?

Having clinched the title on 3rd May against Chelsea at Stamford Bridge, Liverpool had the FA Cup Final to look forward to. Who was that against? Why, Everton of course. As much as Liverpool had achieved in their illustrious history we had never won the domestic double of League and FA Cup.

Two second half goals from Ian Rush and one more from Craig “Skippy” Johnston, cancelled out Gary Lineker’s opener for Everton. Liverpool won the Final 3-1. Everton must have been sick of the sight of Liverpool in those days (in fact I know were). They were an excellent side themselves and would have been worthy Champions and Cup winners themselves if it wasn’t for Liverpool. Having pipped Everton to the title – see more HERE – Liverpool completed ruined our close rivals dreams by triumphing at Wembley as well.

Yes indeed we were certainly in the thick of winning trophies back then as on this day 10th May testifies. “Ole Big Ears” was on its way back to the Fields of Anfield Road again.

Let’s hope the glory days are not too far away again under Jurgen Klopp. Champions League Final to look forward to against Real Madrid on 26th May – let’s do it Red Men. COYR!!! YNWA!!! JFT96!!

If you are interested in reading the excellent “Here We Go Gathering Cups In May” by Nicky Allt – see the links below. 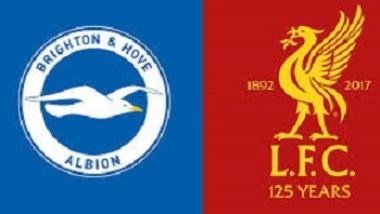 (789)
£9.79 (as of July 7, 2022 01:36 GMT +00:00 - More infoProduct prices and availability are accurate as of the date/time indicated and are subject to change. Any price and availability information displayed on [relevant Amazon Site(s), as applicable] at the time of purchase will apply to the purchase of this product.) 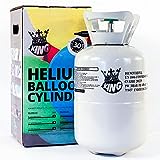 (6472)
£12.95 (as of July 7, 2022 01:36 GMT +00:00 - More infoProduct prices and availability are accurate as of the date/time indicated and are subject to change. Any price and availability information displayed on [relevant Amazon Site(s), as applicable] at the time of purchase will apply to the purchase of this product.)