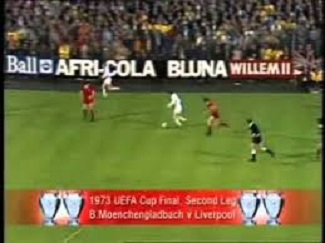 On This Day 23rd May

On this day 23rd May we have mixed feelings regarding trophy success. First the successful news. On this day 23rd May 1973 we lost 2-0 against Borussia Monchengladbach in the second leg of the UEFA Cup Final. However, having won the first leg 3-0, we went on to collect the trophy.

Jupp Heynckes, current manager of Bayern Munich scored both goals for Borussia Monchengladbach. But two goals from Kevin Keegan and one from Larry Lloyd in the first leg saw us triumph. The first leg was initially abandoned after 27 minutes due to a waterlogged pitch.

However, the 27 minutes that had been played the previous day had given Bill Shankly an insight into Borussia’s defensive aerial weakness. Consequently, John Toshack came in for the rearranged game 24 hours later.

Both teams missed a penalty in this first leg. Kevin Keegan for Liverpool and Jupp Heynckes for Borussia. The Heynckes penalty miss of course denied Borussia a decisive away goal. It came that close to a defeat.

This success was Liverpool’s first of many European successes.

Unfortunately on this day 23rd May 2007 was not a success. AC Milan 2, Liverpool 1 provided Milan revenge for the Miracle Of Istanbul two years earlier. Two goals from (who said….”handball”) from Philippe Inzaghi gave Milan a two goal cushion. Dirk Kuyt brought us back into the game with a few minutes to go, but it wasn’t enough.

This game only went to show how football is a “funny old game”. The AC Milan team of 2007 was nowhere near as good as their 2005 counterparts. And in the process, we were a stronger outfit to our 2005 equivalent. To many, we were favourites for this final, whereas we were very much underdogs in 2005.

Anyway, it wasn’t to be in 2007. But 1973 saw us embark on a very successful European trophy gathering procession over the next few decades.

Happy 21st birthday to our young defender Joe Gomez. Unfortunately Gomez is injured for the upcoming Champions League final this weekend. His season has been a bit of a mixed bag really. He has shown some real promise and composure in our back four at times. While in other games he has shown his vulnerabilities on a few occasions. And of course he has endured his injury miseries. He initially picked up his ankle injury while on England duty. Not fully recovered he came back into our starting XI.

His confidence seemed to be badly affected. To such an extent in his last match in our 0-0 draw against Stoke at Anfield, he looked really ill at ease. Soon after this game it was announced his season was over. He shouldn’t have started the Stoke game but he put himself on the line. Credit to him for doing that.

He is certainly one for the future. Strong and powerful and a good reader of the game, many see him as a centre-back ultimately. Not as a right back. The irony of his absence has seen club teammate, Trent Alexander-Arnold take what might have been his place in the England squad for this summer’s World Cup.

Have a great day Joe. Look forward to seeing you back to full fitness next season and firing on all cylinders. 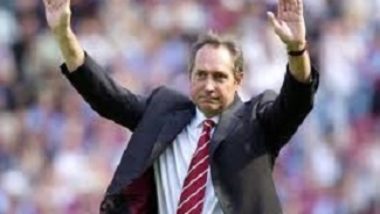 On This Day 24th May

On This Day 21st May

(1640)
(as of July 7, 2022 05:06 GMT +00:00 - More infoProduct prices and availability are accurate as of the date/time indicated and are subject to change. Any price and availability information displayed on [relevant Amazon Site(s), as applicable] at the time of purchase will apply to the purchase of this product.)

(320)
(as of July 7, 2022 05:06 GMT +00:00 - More infoProduct prices and availability are accurate as of the date/time indicated and are subject to change. Any price and availability information displayed on [relevant Amazon Site(s), as applicable] at the time of purchase will apply to the purchase of this product.)

(1413)
(as of July 7, 2022 05:06 GMT +00:00 - More infoProduct prices and availability are accurate as of the date/time indicated and are subject to change. Any price and availability information displayed on [relevant Amazon Site(s), as applicable] at the time of purchase will apply to the purchase of this product.)