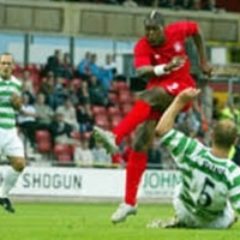 Maybe not what you would expect for the reigning European Champions to have to do. But, even though Liverpool won the trophy less than two months earlier, we had to play a Champions League qualifier – 2nd leg – on this day 19th July 2005. Certainly a far cry from the Ataturk Stadium in Istanbul.