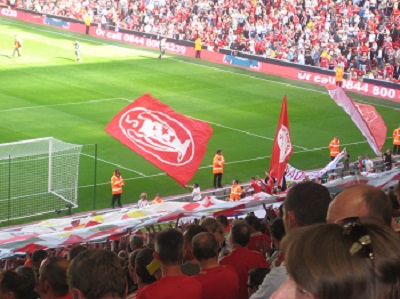 Firstly, it has been so long since my last post. I won’t bore you with the details but there have been a fair few things going on that have prevented me posting. But anyway, let’s get back to some serious posting here on my Fields Of Anfield Road blog. As we all know we lost yesterday to West Ham away. So, all in all, it was a bad day at the office. But, very importantly, I don’t think there’s any need to panic just yet. Do you? Taking nothing away from West Ham – and congratulations to them – some of the pundits after the game made it sound like some sort of masterclass from West Ham and that Jurgen Klopp was ‘schooled’ by David Moyes. But is that strictly true?

OK, we weren’t brilliant on the day and yes, like in quite a few games, our midfield was all at sea sometimes. But let’s be clear, given all the issues highlighted afterwards, if Alisson Becker puts in even a 5/10 performance, we win that 2-0.  West Ham didn’t create that much apart from the 3 goals they scored. If anything at all. There was a save that Alisson made with his foot when the West Ham lad was through but the flag was already up. Oh yes, nearly forgot, they hit the top of the bar with a header. Significantly though, from a West ham corner.

How many times do we hear opposing manager’s bemoan the fact they have lost goals and games to set pieces. It’s as if to say, our opponents didn’t really create anything from open play and that we should be able to handle, bread and butter, set pieces better.

That was the case in point yesterday to a large extent. How many corners did West Ham have? Was it 3? They scored from two of them and hit the bar with the other. They haven’t exactly battered us, or bombarded us with set plays.

Mind you, bearing in  mind every man and his dog knew that West Ham were particularly good at set pieces, what were we doing in training last week after the Atletico Madrid game? We knew what to expect and yet, each corner was like having a penalty against us.

Good By West Ham Or Self Inflicted?

As I say, credit to West Ham, and again as they say, the table doesn’t lie. They are now third and may be considered serious challengers. But like on other occasions against other sides, teams don’t have to do a great deal of work to score against us. I often imagine what our goals conceded to chances given ratio is. I imagine it’s very high. Back in the Sander Westerveld era I remember, it seemed for a while that every shot on target (and there weren’t that many) hit the back of the net.

The defending for the 2nd and 3rd goals was awful. Jarrod Bowen did extremely well for the 2nd, but where was a tackle? Yet again, we were wasteful in their last third of the pitch and yet again we were exposed so high up the pitch with our two centre backs being our last line of defence to thwart a counter attack as a back two again.

We have arguably, one of the best centre back pairings in the Premier League, if not Europe. But just look at the number of goals we concede. No reflection on them as such, because when we lose the ball so deep into the opposing half, teams know exactly where to exploit us. A long ball into the space or the channels where our rampaging full backs have vacated and we’re all over the place.

Or, in the case of Bowen yesterday, a simple waltz through about four of our players before threading the killer ball through for Fornals to score with a shot that, in all honesty, should have been saved. Where was the tackle before that though?

At the end of the day, it was probably a bit of both. You have to take your hat off to David Moyes to be fair. He’s turned them from relegation candidates to a very good outfit.

Bad Day At The Office For The Ref As Well?

Yes, Alisson had a nightmare for the first goal. But, a different referee on a different day, may disallow that. I don’t think anyone would have been surprised if it was. But, as it was given, then fair enough. it must go down as an Alisson Becker error. However, as that goal was allowed, then let’s hope that ALL similar goals are left to stand. But in reality we know that won’t happen.

You wouldn’t be surprised to even see the same referee, Craig Pawson, disallow a similar set piece goal in another game. There was certainly enough to see to make him think there was some doubt about the legitimacy of the goal. But, as it stood, then move on. It would be interesting though to see whether we see some sort of consistency in similar situations. Somehow I doubt it.

Yes, talking of consistency, what about the tackle from Aaron Cresswell on Jordan Henderson? Two feet off the ground, followed by a scissor action in chopping Hendo down. By all accounts, Felipe of Atletico Madrid, was sent off for his tackle on Wednesday night. Not his refusal to go towards the referee. Just look at the two incidents and try and deem which is the worst tackle of the two?

And as for the pundit who ‘justified’ the non action against Cresswell because it was so early in the game, what’s that all about? A red card tackle is a red card at any minute in the game surely?

Didn’t Steve McManaman question the validity of Felipe’s red card because Liverpool were winning the game 2-0? If so, again, what has the score got to do with anything?

Let’s not forget that Craig Pawson was the referee in the Leeds v Liverpool game earlier this season. The game in which, of course, Harvey Elliott sustained an horrific injury after a reckless challenge by Leeds player, Pascal Struijk. Was Struijk only given  red card because of the extent of the injury that followed? Or, would he still have been given a red, if Elliott hadn’t sustained such a bad injury? If the latter is the case, then how was Struijk’s tackle deemed reckless and Cresswell’s not? He didn’t even deem Cresswell’s challenge a foul. If Henderson suffered an injury, which he was lucky not to do thankfully, would Pawson have brandished a red card?

So, on a different day, with a different referee, or a more consistent Mr Pawson, the score may well still have been 0-0 and Cresswell could have seen red. That makes for a totally different game then doesn’t it.

And it’s that consistency, or lack of it, that’s a big concern and always has been. I’ve written about it before more than once. Like in this post HERE. There is so much at stake, referee’s have to be accountable surely.

So, was it a bad day at the office for the referee as well?

Bad Day At The Office Determined By Fine Margins?

Yes, a bad day at the office yesterday. But was it a game that exposed Liverpool and all their weaknesses as some views have suggested on various platforms. Or was it a game that was decided by fine margins? Not enough work on the training ground in looking to defend West Ham’s set pieces maybe? Alisson Becker putting in a 5/10 performance at least instead of a 1/10 or 2/10?

Different decisions by the referee? Sadio Mane hitting the target with that sitter in injury time instead of putting it wide? Divock Origi’s header right at the death, a yard either side of the keeper. Fine margins. And if one, or all, of those incidents played out in a different way then we wouldn’t see knee jerk reactions on the forum of “title challenge over” and such like.

Yes it is a bit concerning to have only picked up two points against West Ham, Brentford and Brighton and conceded 8 goals in the process, but no doubt Jurgen Klopp and his coaching staff are so much more aware of the issues than I am. And, as such, know how to put things right.

Trust Jurgen And His Staff

I think it’s fair to say that we will often find ourselves in these sort of games. It’s how we are set up and it’s a system and a style that has worked for us so well under Klopp. Some forum posters suggested abandoning the high line. Why, when it’s served us so well? Maybe the trick is not to be so wasteful in our opponents last third and, when we do lose the ball deep into their territory, we find a way to prevent the ball reaching our back two, who happen to be high up the pitch.

As I say, Klopp and his staff will know more about all that teccy stuff than me. And, as we should all be reminded, our journey under Klopp hasn’t been that shabby has it? So, yes, a bad day at the office, but no need to panic. Onwards and upwards and all that.

Thanks for reading my latest, long overdue, latest blog post – Bad Day At The Office But No Need To Panic. And thanks for visiting my Fields Of Anfield Road blog. It’s very much appreciated. For all of my other blog posts on a variety of topics, then head on over to HERE.

For even more information on Liverpool FC and a chance to buy some LFC memorabilia, sportswear, books, CD’s, or souvenirs by shopping safely and securely at Amazon then please click HERE. 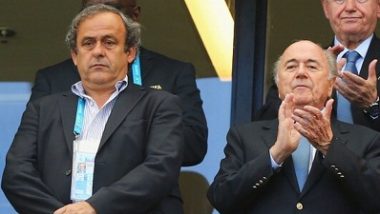 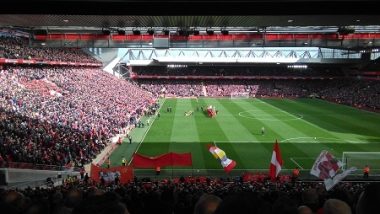 (15689)
£0.00 (as of June 28, 2022 00:14 GMT +00:00 - More infoProduct prices and availability are accurate as of the date/time indicated and are subject to change. Any price and availability information displayed on [relevant Amazon Site(s), as applicable] at the time of purchase will apply to the purchase of this product.)
24/7 LIVE STREAM: Manchester United content available all day, every day, with the live MUTV stream. VIDEO ON DEMAND: Catch up on your favourite Man Utd programmes anytime with our on demand content. MY LIST: Add shows and episodes to create your own... read more

(5246)
£9.99 (as of June 28, 2022 00:14 GMT +00:00 - More infoProduct prices and availability are accurate as of the date/time indicated and are subject to change. Any price and availability information displayed on [relevant Amazon Site(s), as applicable] at the time of purchase will apply to the purchase of this product.)

(327)
(as of June 28, 2022 00:14 GMT +00:00 - More infoProduct prices and availability are accurate as of the date/time indicated and are subject to change. Any price and availability information displayed on [relevant Amazon Site(s), as applicable] at the time of purchase will apply to the purchase of this product.)