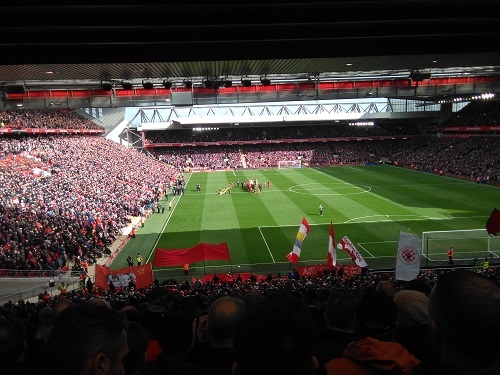 After this latest weekend of football it has to be said (again). The standard of referring is shocking. In fact it’s beyond a joke now. I’m not just talking from a Liverpool fan’s point of view. Every (or should I say most) teams are suffering at the hands of the mediocre standards of the officials.

Let’s take a look at just a few of this latest round of fixtures gaffes. It really is quite staggering. As I say, it’s beyond a joke. Something has to be done. Surely.

It’s Beyond A Joke

Let’s start with our neighbours from across the Park. Taking rivalries aside, how on earth was Newcastle’s third, and winning, goal allowed? Seriously. We are not even talking close here. You need to have a look at it HERE.

Quite astonishing really. The referee in this game was Lee Mason. Not good enough by any stretch of the imagination.

In the same game, Everton actually benefited from a major gaffe themselves. How on earth wasn’t Everton keeper, Jordan Pickford, not sent off? With the ball about 5 to 6 yards away, Pickford clearly rugby tackled Salomon Rondon (what a good player by the way) to stop him scoring. As clear a red you will ever see. Apart from another “it’s beyond a joke” referring gaffe mentioned below.

Yes, a penalty was given and Pickford received a yellow card, but it was clearly (to everyone apart from the inefficient official) a red. To rub salt into Newcastle’s wounds, Pickford saved the resulting penalty.

At a crucial time in the game and with Manchester City struggling to make the breakthrough, match referee, Paul Tierney, threw them a lifeline. With Sterling clearly offside and with the linesman already flagging to indicate as much, Sterling popped the ball in (was there a handball in there as well?). Yards offside and a free kick to Watford was the only outcome really. Not so according to Tierney. Somehow, he overruled his lino and awarded City that all important first goal.

Former referees, Peter Walton and Chris Foy, (and no doubt probably every other referee) agreed with this offside decision and that the ‘goal’ should have been disallowed.

You can see what Walton had to say HERE.

How Was This Not A Red – It’s Beyond A Joke

I mentioned Jordan Pickford getting away with a yellow instead of red above. As blatant as a red card you will see. Well, possibly not. Even though Pickford’s was a red. Tottenham’s Moussa Sissoko, after having raked his studs down the back of Nathan Redmond’s calf (a red card incident in itself!!), thought he would then also head butt Redmond.

Have a look at this incident HERE.

A straight red card. No doubt whatsoever. Step forward referee Kevin Friend and amaze us all with yet another “it’s beyond a joke” decision. A yellow card only. Even if he did think Sissoko raking his studs down Redmond’s leg was only worthy of a yellow, then the (incorrect) decision to award him another yellow for the head butt would have seen him rightly dismissed.

As Friend did show a yellow card, he can’t hide behind the “I didn’t see it” excuse. The fact he did see it makes it even worse. Every football fan looking at that will no doubt echo the “it’s beyond a joke” sentiments.

All of the above incidents were shocking decisions and yet again displayed how inadequate our match officials are.

So, in certain instances you can say “fair enough” and I’m sure there were plenty more questionable decisions made on Saturday that may fit into that category.

But the examples I’ve highlighted here cannot be masked by mitigating circumstances. These were all truly shocking decisions.

I have said in previous posts (on more than one occasion) that match officials have to be accountable. They have to explain their decisions. Surely the powers that be are seeing this now. How else are they going to clear up these anomalies?

Human error can of course come into play. But again in these incidents you are talking about more than the referee’s eyes seeing the same incident. So the human error element is not in play in that more eyes other than the referee alone are involved.

Will VAR help? That’s hard to say. After all, even with VAR human intervention is involved. VAR may help some of the ‘stone-wallers’ but I wouldn’t count on it.

It’s Beyond A Joke – There Has To Be Accountability

I did suggest that the main reason for such refereeing clangers is because the referees make the decision they want to make. Not the one they should make. How else can you explain such huge gaffes? Well that’s just it isn’t it. No one does explain. And there lies the problem. I’ve said it before and I will say it again – referees have to be accountable. They have to start explaining their bizarre decisions.

Fans Are Taking A Dim View

More and more fans are taking an increasingly dim view of football nowadays. What with the alleged FFP creative rule bending by Manchester City and the transfer ban on Chelsea, there is more and more scrutiny on football generally.

While at the game yesterday I asked some fans around me why it was a 12pm kick-off. No one knew. And of course the obvious answer is because the TV companies say so. Again, it’s beyond a joke at times. Like it or not Liverpool have fans from all over the world. Maybe Burnley do as well. How many fans would have to have got up at “silly o’clock’ to attend the game yesterday? Quite a few I’d imagine.

A Fine Only – Surely Not

The authorities need to be doing a lot more to appease the increasing rumblings coming from the fans. For instance, if Manchester City are found to be guilty (again) the authorities need to be bold and go beyond a financial penalty. What’s the point of just a fine? And think about the logic of merely applying a financial penalty against a club with a potless amount of money.

Or, put it another way, how would the authorities expect them to fund a fine? Wasn’t their first fine in the region of £50m in 2014? If they did only fine them then you would expect it to be an even bigger fine wouldn’t you. To comply with the whole rules and regulations of FFP though wouldn’t you expect the fine to be paid out from the correct resources. In other words, be actually made available from revenues generated. And not from a cash injection from the owners. How could a fine for breaking the FFP rules be funded in the same way that caused the investigation and resulting penalty in the first place?

At least the “it’s beyond a joke” referring gaffes were confined to Saturday only. As there were so many you would hope and expect so. Not the case though. Onto our game yesterday against Burnley and this time another incompetent referee, Andre Mariner, took centre stage.

Quite how Burnley’s first goal was allowed is again laughable. It’s beyond a joke….again!!

Again though the referee’s view was not impeded. So, why did he allow the goal to stand? Over to you Mr Mariner. If he was accountable and he was (as he should be) told he has to explain, then if his answer was that he didn’t see that was a foul then this, in a way, makes things clearer. Clearer in the sense that it would confirm that indeed Mr Mariner is incompetent and he shouldn’t be a referee. It’s as simple as that.

That was a foul beyond any shadow of a doubt.

But Don’t These Things Level Out?

You often hear that “these things level out”. Really? Do they? Does anyone keep score? Even if there was the slightest suggestion that these level out, is it really fair to say that it’s OK for two wrongs to make a right?

Even if they did balance out in terms of “fors and against” number wise. Do they level out in terms of impact? In the case of our game against Burnley, Mariner’s shocker ultimately didn’t cost us points.

Not so in the Newcastle v Everton game. In terms of the numbers of leveling out, Mason’s gaffe in not sending Pickford off was leveled out by another shocker in awarding Newcastle their third goal. But the impact is so different. Newcastle’s third goal gave them the two extra points while Everton ended up with no points instead of one.

Something Has To Be Done

Indeed there are five decisions by fours different referees that easily fit into the “it’s beyond a joke” bracket. Messrs Mason, Tierney, Friend and Mariner are supposed to be four of our top officials when clearly they are not good enough. How frightening is that. Some may argue, including themselves, that they are good enough and that there are mitigating circumstances. Fine then. Let’s hear them from the four of you.

I won’t hold my breath. 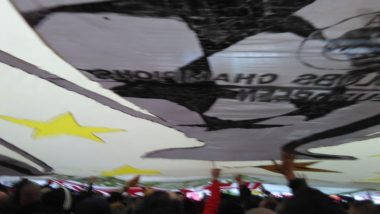 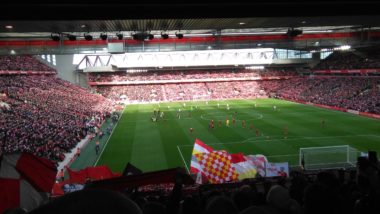 (829)
£2.49 (as of July 4, 2022 02:52 GMT +00:00 - More infoProduct prices and availability are accurate as of the date/time indicated and are subject to change. Any price and availability information displayed on [relevant Amazon Site(s), as applicable] at the time of purchase will apply to the purchase of this product.)

(15748)
£0.00 (as of July 4, 2022 02:52 GMT +00:00 - More infoProduct prices and availability are accurate as of the date/time indicated and are subject to change. Any price and availability information displayed on [relevant Amazon Site(s), as applicable] at the time of purchase will apply to the purchase of this product.)
24/7 LIVE STREAM: Manchester United content available all day, every day, with the live MUTV stream. VIDEO ON DEMAND: Catch up on your favourite Man Utd programmes anytime with our on demand content. MY LIST: Add shows and episodes to create your own... read more 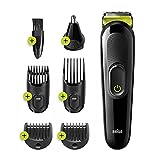 (11341)
39% Off £32.99 £19.99 (as of July 4, 2022 02:52 GMT +00:00 - More infoProduct prices and availability are accurate as of the date/time indicated and are subject to change. Any price and availability information displayed on [relevant Amazon Site(s), as applicable] at the time of purchase will apply to the purchase of this product.)
Rechargeable all-in-one trimmer with unprecedented cutting performance vs. previous generations of Braun beard trimmers 6-in-1 beard trimmer, face and hair trimmer for men's grooming Lifetime Sharp Blades and 13 length settings for utmost styling pre... read more