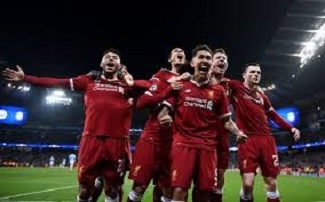 That phrase “Liverpool Reach Champions League Semi Finals” has a certain ring about it doesn’t it!! How good was that. Firstly a massive congratulations to all the players and backroom staff in overcoming Premier League Champions elect, Manchester City. It’s not as if we squeaked through is it. We have beaten then twice, home and away, with an aggregate of 5-1. It doesn’t come that much more convincing than that does it?

Yes City are complaining about refereeing decisions. Some may argue, rightly so. But that is really scraping the barrel isn’t it. City were expected to beat us quite handsomely over two legs. They thought it. The pundits thought it. Most importantly though, Jurgen Klopp and the team and us fans didn’t. If City had been as dominant as they thought they would be and they managed more than 3 shots on target over 180 minutes, then there would be no need to mention refereeing decisions. Clutching at straws springs to mind.

Or should that say, Liverpool Reach Champions League Semi Finals……again!!! When I say the Champions League I do of course also include the competition in its old format as simply the European Cup.

As in the first leg, to a man Liverpool were brilliant. Being honest, who would have thought this at the beginning of the season? Many Liverpool fans were bemoaning the fact we hadn’t consolidated our defensive strengths with a quality centre-back signing. More specifically, they meant Virgil Van Dijk. Well, he’s he now. And what a difference he has made!! Also, fans were complaining about us not signing a quality left back. As many were saying, Andy Robertson simply wasn’t good enough. Not Liverpool quality…etc…etc. Er, ‘hello…do you have anything else to say now’. He has also been brilliant for us. What a signing. No disrespect to Kevin Stewart but the fee we got for Stewart paid for Robertson. Incredible.

How many fans were complaining when we signed Alex Oxlaide-Chamberlain for £35m. Are they complaining now? If they are, they need to give their head’s a wobble.

It is not just about those three of course. As I say, every one of them have been immense.

Liverpool Reach Champions League Semi Finals. OK, I know we all know that and I have already mentioned that (twice), but I just love saying it.

Trying to put a calming perspective on the euphoria currently engulfing the club and fans, many will point out that we haven’t actually won anything yet. So very true and every Liverpool fan realises that. But come on, who wouldn’t want to enjoy this moment to the full while we can. All other club’s fans would. We will come down from Cloud 9 in due course but let us enjoy the moment for now.

After all it’s not as if we scraped through against the champions of Latvia is it (no disrespect to any fans of the Latvian Champions). We beat Manchester City and in all honesty quite comfortably. It was amusing in a way to hear their fans on the Talksport phone in last night. To a man they moaned about the refereeing decisions. When did they become such a bitter set of fans? It wasn’t that long ago they were playing Gillingham in a Division 2 play off final at Wembley. In those days City fans were quite used to disappointment and consequently were very humble and realistic in their views.

It’s incredible what a shedload of ‘oily money’ can do to a club’s fans perspectives and values. If you could ask any of those City fans who were at Wembley in 1999 when they were 2-0 down with a couple of minutes to go, if they would accept that in less than 20 years time they would be losing to Liverpool, one of the aristocrats of European football, in a European Cup quarter-final and be a game or two from being crowned Premier League Champions, they’d have snapped your hand off.

As many were saying, “if that 2nd goal would have been allowed”….etc…etc. Or put it another way, if the influx of oil money hadn’t appeared they may well have been playing Wigan in the First Division last night instead of Rochdale.

Anyway, enough about City. They can lick their wounds and console themselves safe in the knowledge that the League title is almost in the bag.

At this stage it doesn’t really matter. All those that are left in are quality sides. It goes without saying that we won’t fear anyone. It may be however that fans of some of the other teams left would like to avoid us in the semis. Whoever we draw, imagine what the Fields Of Anfield Road will be like on that night!!!

Yes, Liverpool Reach Champions League Semi Finals (Again!!)….there I said it again. Let’s enjoy the moment for a day or so and then onto Saturday when we need to be on top form again to tackle Bournemouth. After all, we still have a job to do to ensure top four qualification for this season.

And let’s not forget either that this Saturday will be the home match nearest to the 15th April when we will of course be paying tribute to the 96.

Congratulations to the whole club again and a special mention to the fans who played their part in a huge way in both legs. No plastic flags. Just raw passion and devotion.

I’ll leave you with a video I took from my seat in The Kop soon after the final whistle last week. 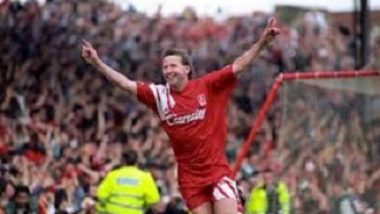 On This Day 12th April 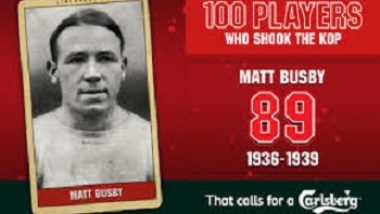 (661)
(as of July 6, 2022 04:24 GMT +00:00 - More infoProduct prices and availability are accurate as of the date/time indicated and are subject to change. Any price and availability information displayed on [relevant Amazon Site(s), as applicable] at the time of purchase will apply to the purchase of this product.)

(11388)
15% Off £7.99 £6.79 (as of July 6, 2022 04:24 GMT +00:00 - More infoProduct prices and availability are accurate as of the date/time indicated and are subject to change. Any price and availability information displayed on [relevant Amazon Site(s), as applicable] at the time of purchase will apply to the purchase of this product.)
Customized for iPhone 13 6.1-Inch. Perfectly fits your device. Supports wireless charging Made with PC and TPU. Inner tiny dots design avoids ugly watermark against the phone back and sides. Lightweight and slim design. Ultra transparent and scratch-... read more