Well Liverpool, or rather Luis Suare is not going to appeal against his 10 game ban. Is the ban fair, or is it harsh? The debates have been raging long and hard since the incident first happened. There is no doubt that what Suarez did was stupid, but a 10 game ban? I don’t think so. As many have said, the FA have punished the player and not the incident.

Myjoyonline.comLiverpool FC forum: 10-game ban for Luis Suarez – harsh…or fair? LFC fans splitLiverpool EchoNOT surprised at a 10-game ban for Suarez considering he got a seven-match ban from the Dutch FA. He is a great star for LFC but a great lia …

Just like in the “racism” charge, Suarez seems to be singled out for special treatment by the FA. The article below suggests that there is no Liverpool conspiracy going on at the FA, but there is plenty to suggest that there is a Suarez vendetta going on though. Luis Suarez got 8 games for the “racism” charge although not proven guilty, while London club captain and England international John Terry got a four game ban despite clearly being caught bellowing a really despicable and clearly racist rant at Anton Ferdinand.

What Suarez did last Sunday was bad of course, but was what he did that much worse than Jermaine Defoe when he bit Javier Mascherano. Defoe got a yellow card, Suarez a 10 game ban.

BBC SportLiverpool boss: Suarez rap ‘difficult to understand’ after Spurs ace escaped …London24Liverpool manager Brendan Rodgers says it is difficult for Luis Suarez to understand the severity of his 10-match ban for biting when Tottenham’s Jermain …

Suarez is not the only player to bite a opponent, Jermaine Defoe was booked for biting Javier Mascherano in the arm a while back.

When you see the two incidents it seems more and more clear that there is one rule for Suarez and a different rule for another, especially if, dare I say the other guilty party plays for England. Shouldn’t the FA step down from their ivory tower and fully explain why one player gets 10 games while another just another a yellow card. No doubt, because the referee, Steven Bennett, in the Tottenham game versus West Ham actually gave Defoe a yellow which meant that because the referee saw the incident and issued a yellow card, there is no need for any retrospective action.

There is no way of knowing whether or not the FA would have punished Defoe if he did not get a yellow, but without knowing what the yellow was for, it would seem that no matter what it is given for any other indescretions are covered by this all encompassing card.

Just hope that we still see Suarez at the Fields Of Anfield Road next season and for many more after as well. 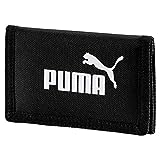 (4690)
30% Off £7.14 £4.99 (as of July 7, 2022 02:17 GMT +00:00 - More infoProduct prices and availability are accurate as of the date/time indicated and are subject to change. Any price and availability information displayed on [relevant Amazon Site(s), as applicable] at the time of purchase will apply to the purchase of this product.)
One compartment for banknotes and three card slots inside Internal zipped coin pocket brand: PUMA manufacturer: PUMA

(21)
£17.90 (as of July 7, 2022 02:17 GMT +00:00 - More infoProduct prices and availability are accurate as of the date/time indicated and are subject to change. Any price and availability information displayed on [relevant Amazon Site(s), as applicable] at the time of purchase will apply to the purchase of this product.)
Figure stands 9cm and comes in a window display box Check out the other figures from Funko Collect them all! Funko POP is the 2018 Toy of the Year and People's Choice award winner 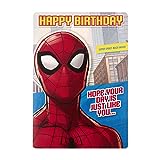 Spider-Man Birthday Card for Kids from Hallmark - With Activity

(712)
£1.85 (as of July 7, 2022 02:17 GMT +00:00 - More infoProduct prices and availability are accurate as of the date/time indicated and are subject to change. Any price and availability information displayed on [relevant Amazon Site(s), as applicable] at the time of purchase will apply to the purchase of this product.)
Celebrate a special Spidey fan on their birthday with this amazing Spider-Man card from Hallmark. Die-cut design. Fun Maze activity inside. Co-ordinating bright red Envelope Message reads: front: happy Birthday Hope your day is just like you... Insid... read more