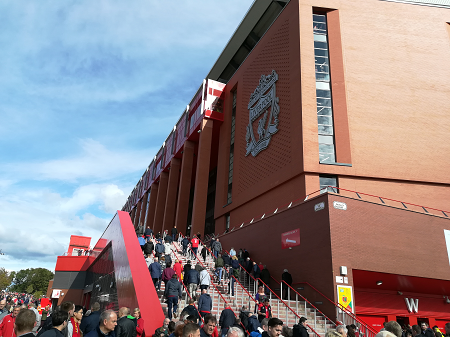 Well here we go, a new season upon us. After a summer of transfer speculation with a series of “will he, won’t he” or “will they, won’t they” we start the new season upon us a squad that has seen quite some changes from last season. Mainly from the outgoings point of view. Quite a few have left but with only three newbies coming in. Mind you, I say that – only three newbies – but also as I always say, we are not privy to what Jurgen Klopp and his coaching staff see every day in training. How many of excellent crop of youngsters are ready, or nearly ready, for the step up?

For instance, a few names that have emerged from pre-season have been Stefan Bajcetic, Isaac Mabaya and Harvey Davies. How well known were there before pre-season? To we fans either not at all or hardly very much at all. But, of course, they are all well known to our manager and coaching staff. That’s why they were deemed good enough to feature in pre-season friendlies.

It’s a nature of fans everywhere that sometimes some will get all agitated if we are not constantly being linked and actually signing player after player. Something I’ve also often said, Jurgen and his team haven’t badly for us so far have they? So, let’s just trust them as so very, very clearly, they know what they are doing. As proven over and over again, time after time.

So, as now know, a new season upon us and we are all excited to see our new additions in the shape of Fabio Carvalho, Calvin Ramsay and Darwin Nunez. All quality signings and all great additions to an already impressive squad. It is of course sad to see some fans favourites depart. Particularly Sadio Mane, Divock Origi and Takumi Minamino. But that’s football. Squads change. Players come and go. Let’s wish all ex-Reds the best wishes in their new careers. Is the grass greener on the other side? Only time will tell.

When a new season is upon us fans from all clubs are excited. And why wouldn’t they be. After all, we all start on zero points and there isn’t any run of form to be found anywhere. That is why it is often a bad time to play a newly promoted club, or a club who aren’t expected to do so well. It’s as though a high proportion of their performances may be fuelled by adrenaline.

But, stating the obvious, everyone has to play each other twice during the season so you have to start somewhere don’t you.

First up is Fulham, who were excellent in romping to the Championship title last season. Always a good footballing side and a club we have quite a bit of recent transfer history with.

Full steam ahead so very soon. So, let’s look forward to (hopefully a good season ahead. Don’t forget, we already have some silverware in the cabinet. I know that effectively the Community Shield is a glorified friendly but if other clubs (Man City) can include it in the bus parade celebrations then remember, there is a prize at the end of this so called glorified friendly. If other clubs do it, then why shouldn’t we embrace it.

Other clubs have also invested heavily and we will be up against some really strong squads. But, let’s forget, so will they be. And when you look at our squad, other clubs must look at it and think, “Wow, that’s impressive.”

Anyway, onwards and upwards. Enjoy the season everyone. Let’s hope it is a successful one and incident free with regard to any trouble or serious injury.

Let’s see where we are come next May shall we.

Thanks for reading my latest blog post – “New Season Upon Us” – and many thanks for visiting my Fields Of Anfield Road website. It’s much appreciated. To see even more information on the club we all love, then why not head on over to my main website by heading HERE. 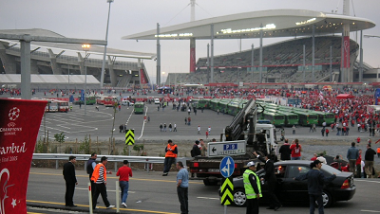 (33)
£9.99 (as of August 14, 2022 22:43 GMT +00:00 - More infoProduct prices and availability are accurate as of the date/time indicated and are subject to change. Any price and availability information displayed on [relevant Amazon Site(s), as applicable] at the time of purchase will apply to the purchase of this product.) 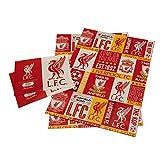 (1317)
£2.52 (as of August 14, 2022 22:43 GMT +00:00 - More infoProduct prices and availability are accurate as of the date/time indicated and are subject to change. Any price and availability information displayed on [relevant Amazon Site(s), as applicable] at the time of purchase will apply to the purchase of this product.)
100% Officially Licesened Perfect Wrapping Paper Item package quantity: 1 Item package weight: 0.22 pounds

(1518)
£9.99 (as of August 14, 2022 22:43 GMT +00:00 - More infoProduct prices and availability are accurate as of the date/time indicated and are subject to change. Any price and availability information displayed on [relevant Amazon Site(s), as applicable] at the time of purchase will apply to the purchase of this product.)