Having watched the Everton v Manchester City game yesterday it is so very unfortunate, but no big surprise, to write “still it continues.” What still continues? Anyone who reads any of my blog posts will know that I have been banging on about making referees accountable for a long time. Way before the introduction of VAR. In such a hugely popular sport and with so much at stake, how can they not be? In other posts on here it has been suggested that referees at times give decisions that want to give. Or, to put it another way, decisions they prefer to give. I think we were already at that stage a long, long time ago. All that last night confirmed was that still it continues.

In case you’re not sure what I’m referring to have a look at the photo below:

Yes, as one of the captions suggests, even Rhodri knew as soon as he did it. What isn’t clear on the photo of course is that Rhodri actually moved his arm towards the ball. It wasn’t a case of his arm was already extended and the ball struck it. Nope. He clearly moved his arm towards the ball. Everyone who saw that screamed “penalty.” Apart from one person that is. Unfortunately the one person who didn’t see it as a penalty was the most important person. The VAR referee. Mind you, let’s re-label him. By referring to him as the “most important” will only add to the bigger picture and feed his inflated ego. Let’s refer to him to as the one person who should have more than easily spotted it if he was remotely competent, or not a biased official with his own agenda.

Everton manager, Frank Lampard, carefully swerved away from announcing the real reason. For obvious reasons. He would have been charged if he said what we are all thinking. Sorry, again, let me re-phrase that, I should have said, what we all know.

Hopefully the outcry from fans of all clubs will help strip away any suggestion of any rival club bitterness or conspiracy ‘theories.’ It’s no conspiracy – it’s actually happening isn’t it? Just imagine if the game wasn’t televised and you could show that incident with all reference to club colours, the stadium and with the player’s face obscured. In other words, totally anonymous. If 100% of anyone watching the anonymous version didn’t say it was a penalty then it’s worth letting them know, Specsavers have a great deal on at the moment.

So why, when watching the full live version with full knowledge of who was playing and what was at stake, would VAR official, Chris Kavanagh from Greater Manchester, not give a penalty? Bearing in mind also that he can make his preferred decision safe in the knowledge that he will not be questioned, or accountable. Something is amiss and, as I said earlier, there is a huge issue that should have been addressed years ago. If there was any feasible reason for the incredible decision then surely Kavanagh would volunteer the information even though not obligated to do so. If he doesn’t, then what does that suggest? Draw your own conclusions.

Still It Continues – Anything In Kavanagh’s Favour?

I’m really struggling to even suggest, or justify, any possibility of simple human error or, worse than human error, complete incompetence. But let’s assume for the purpose of this scenario, there is a smidgen of mitigation in that he could cry, “give me a break, it was my first human error [preferred decision].” If that was so, then maybe we could reluctantly give him a break. But this wasn’t Kavanagh’s first preferred decision was it. There may well be quite a few but as Liverpool fans who can forget the recent away at Tottenham. Three key incidents there.

The non penalty decision for what looked like a nailed on pen for Liverpool after a foul on Diogo Jota. The non red card for England captain, Harry Kane and the straight red card for Andy Robertson for a lesser challenge than Kane’s. And who was on VAR that afternoon? No shock to discover it was Chris Kavanagh. Oh, and the on field referee, Paul Tierney, from Wigan who was also last night’s on field referee.

Are There Ever Any Repercussions For Referees?

After the Tottenham game there were many who felt that Messrs Tierney, from Wigan and Kavanagh, from Greater Manchester should be excused, for want of a better word, from Premier League involvement. Were they held accountable? Nope. Were they punished in any way? Not that we fans are aware of.

Any lessons learned after the Tottenham game? It would appear not. Instead the message from the PGMOL seems to be “Carry On Regardless Guys.” For those old enough to remember, you will recognise the clearly obvious link to the well known comedy film series of a bygone generation, the “Carry On” films. And if it wasn’t so serious, these referees are like a comedy show or film.

PGMOL To Turn Another Blind Eye

No doubt the PGMOL will turn another blind eye and, yet again, fans, players, owners and clubs alike will be left high and dry. Waiting again for the next fiasco. The next preferred decision. Will it involve Kavanagh and/or Tierney? I wouldn’t bet against it. Mind you, they’re all so bad, you can take your pick. But it is amazing to know that within the whole mediocrity of match day officials, these two actually manage to stand out from the shocking bunch. So bad is their officiating.

At what point do fans say, “enough is enough?” For me it’s already gone beyond that. How long before clubs make a stance? Typically, playing the tribal card, Manchester City didn’t condemn the decision. Pep Guardiola hiding behind a non existent sub-plot and some of his players playing the “I didn’t see it clearly” card. Have they seen it since? I’m sure they have. And their verdict now? And Guardiola’s opinion now the sub-plot smokescreen has been stripped away? Total silence no doubt. Next. Let’s move on.

Maybe it needs one of the clubs who have benefitted from these preferred decisions to make a stand themselves. Yes, we should include all clubs in that, even Liverpool. I won’t hold my breath though. The point is though unless someone, somewhere, whoever they may be, makes a stand or starts something official the game will be further tarnished by these shocking officials and their preferred decisions.

The introduction of VAR has had its critics but let’s be clear, these preferred decisions are not VAR related in the sense that it highlights a weakness in the VAR system. What the introduction of VAR has done though is that it has flushed out these shocking officials. Quite how Kavanagh has been allowed to go anywhere near a Premier League game in an official capacity after the Spurs fiasco is anyone’s guess. Will he be allowed to do so again? Watch this space. No doubt I’ll be writing another similar post to this “Still It Continues” article in the not so distant future.

In short, isn’t it about time something was done about the officials?

Thanks for reading my latest blog post – “Still It Continues” – and thanks for visiting my website. It is much appreciated. To see all of my other blog posts you can check them out HERE.

I did mention above other posts about the shocking match officials. You can see three of them in these links:

“Is It Time Officials Were Accountable” – have a read of this HERE.

“Great Result All Things Considered” – you can find this article HERE.

And pre-VAR, a mention of a shocking decision by Martin Atkinson in this article HERE.

To find out even more information about our great club, check out my main website HERE. 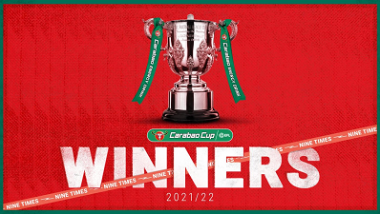 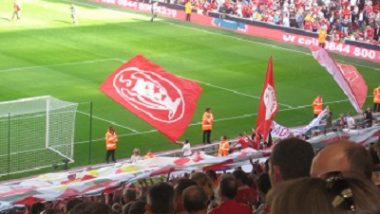 (1901)
£13.99 (as of June 27, 2022 23:24 GMT +00:00 - More infoProduct prices and availability are accurate as of the date/time indicated and are subject to change. Any price and availability information displayed on [relevant Amazon Site(s), as applicable] at the time of purchase will apply to the purchase of this product.)

(661)
(as of June 27, 2022 23:24 GMT +00:00 - More infoProduct prices and availability are accurate as of the date/time indicated and are subject to change. Any price and availability information displayed on [relevant Amazon Site(s), as applicable] at the time of purchase will apply to the purchase of this product.)

(1184)
£3.99 (as of June 27, 2022 23:24 GMT +00:00 - More infoProduct prices and availability are accurate as of the date/time indicated and are subject to change. Any price and availability information displayed on [relevant Amazon Site(s), as applicable] at the time of purchase will apply to the purchase of this product.)