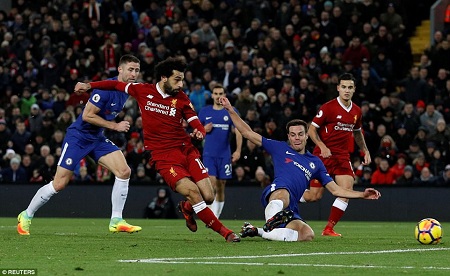 With Manchester United and Chelsea winning their games in hand over the last couple of nights, the race for top four is becoming clearer and clearer. I think we all expected those two to win their games in hand. So, there have been no surprises and we know exactly what we need to do. Having our destiny in our own hands is always preferable to me. Nothing has changed really. In fact we can put Chelsea completely out of the frame if we win our next two games.

We are seven points ahead of Chelsea with twelve points to play for. As Chelsea are in the FA Cup Semi Final this weekend we actually play twice in the league before their next league game. Therefore, two wins for us will see us clinch a top four finish for the second year running.

Up next for Liverpool in the race for top four are West Bromwich Albion. A win for Liverpool will invariably relegate West Brom. They are currently bottom on 24 points, 9 points from safety with 12 points to play for. Even if they win all their last 4 games it may not be enough. Swansea are 4th from bottom on 34 points, 10 ahead of West Brom, but with a game in hand. Swansea also have a better goal difference. Anyway, enough about West Brom.

For the record, Liverpool’s remaining league fixtures are:

As you will see we play the only team that can deny us in the race for top four – Chelsea. A big on the 6th May.

So, let’s take a look at Chelsea’s remaining fixtures.

We can see then that we can clinch a top four four finish before Chelsea’s next league game. Or, to put it another way. As we are currently seven points ahead of Chelsea, two more wins will see us beyond Chelsea’s reach. Or, a third alternative is if we beat Chelsea anyway and lose the other three, then we still clinch a top four finish. Let’s not consider the last option though.

We all know how much of a rollercoaster ride it can be supporting Liverpool. Let’s hope we are not put in this situation this season. It can’t happen surely. Can it!!

Manchester United only need one more point to be mathematically certain of a top four finish (barring a goal difference disaster). It does look though they will finish as runners-up.

And as for Tottenham……

Looking at that you would have to say Tottenham should win all their last four games. Especially as three of them are at home.

Manchester United have a couple of dodgy looking fixtures but with the points in the bag, they should remain in second.

All in all though, if we were offered the opportunity of a top four finish and a Champions League semi-final at this stage of the season back at the start of the season we would have bitten your hand off.

Let us hope we have the job done before our last game against Brighton. After all the nail biters we’ve had over this, and other, seasons I’m not sure if my nerves can stand it!!!

Finishing 3rd or 4th is firmly in our hands in the race for top four. As for second, maybe a bridge too far. But you never know. As Saint and Greavsie used to say….it’s a funny old game. 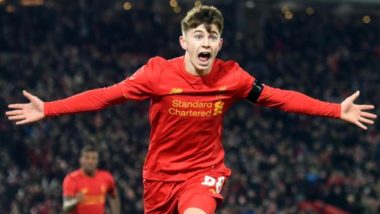 (1413)
(as of July 7, 2022 01:09 GMT +00:00 - More infoProduct prices and availability are accurate as of the date/time indicated and are subject to change. Any price and availability information displayed on [relevant Amazon Site(s), as applicable] at the time of purchase will apply to the purchase of this product.)

(14906)
19% Off £1.99 £1.60 (as of July 7, 2022 01:09 GMT +00:00 - More infoProduct prices and availability are accurate as of the date/time indicated and are subject to change. Any price and availability information displayed on [relevant Amazon Site(s), as applicable] at the time of purchase will apply to the purchase of this product.)
Play with the traditional Waddingtons Number 1 playing cards Play your favourite card games in the classic red or blue coloured deck Every certified pack of Waddington's Number playing cards comes with a Winning Moves seal of authenticity - always lo... read more 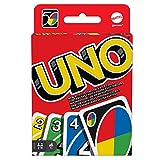 (75241)
£6.75 (as of July 7, 2022 01:09 GMT +00:00 - More infoProduct prices and availability are accurate as of the date/time indicated and are subject to change. Any price and availability information displayed on [relevant Amazon Site(s), as applicable] at the time of purchase will apply to the purchase of this product.)
CLASSIC CARD GAME where players race to match numbers and colours in an attempt to get rid of all their cards. The rules are easy to pick up but once you do, UNO is impossible to put down USE SPECIAL ACTION CARDS to turn the game on its head and snat... read more