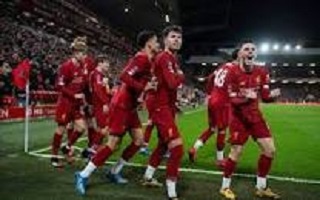 So much was said in the build up to the FA Cup replay against Shrewsbury about Liverpool playing a weakened side. The words ‘disrespect’ and ‘contempt’ were bandied about in some quarters. Yes we did field a team devoid of first team regulars as Jurgen Klopp promised. And, as it happens, the team selected was the youngest ever Liverpool team to take to the field of play. Seeing we won the game I think it’s fair to say that the kids are alright.

The ends justifies the means? I think that’s a fair point worth making. If we’d have lost then some of the critics may have reason to complain. I stress the word ‘may’ as even if we lost what exactly did we do wrong?

Jurgen Klopp rightly made a stand in many people’s minds. What would be the point of having a mid season break if you’re going to go against the whole essence of the break and play your first team during aforementioned break?

He was making a stand on the one hand and following the guidance of how or why teams were having a break.

Anyway, if anything playing a weakened team added to the occasion rather than diminished it. A great day out for Shrewsbury, maybe a better chance of winning, a full house and the opportunity for fans to attend at a more affordable price.

And, of course, from Liverpool’s point of view, the opportunity to play some of their promising youngsters. I think the phrase the kids are alright is a bit of an understatement considering how the game panned out.

The Kids Are Alright – Who Took The Eye?

I think it’s unfair to single players out because collectively they all did. From start to finish Liverpool’s youngsters dominated the game and thoroughly deserved their victory.

And what an occasion and experience it must have been for these stars of the future. And a great occasion for the Shrewsbury players as well. The way the team played was so reminiscent of how the first team play. You could clearly see Klopp’s template in force. The never say die attitude, the tenacity, the desire, the passion – all trademarks of a typical Jurgen Klopp team.

And again the fans played their part. It must have been so motivating and so rewarding for those players to see and hear the full backing of the crowd. The fully team fully deserved the applause they got at the end and the fans deserved the reciprocal response from the players.

All In All Everyone’s A Winner

Well apart from Shrewsbury not winning the game that is. But Shrewsbury were winners in other respects. As already mentioned they got to play at the home of the World Champions, gave a good account of themselves, both players and fans enjoyed a brilliant experience no doubt and they made some serious money for their evening’s work.

From Liverpool’s point of view there were so many plusses as well. As I said the kids are alright is an understatement. The confidence and the belief these youngsters enjoyed must be off the scale. Even if ultimately some of them don’t go on to claim first team spots with Liverpool the experience and the confidence they gained can only stand them in good stead for their careers generally going forward.

The first team got a well earned rest. That can’t be understated. Some of the first teamers who have put so much in over the season so far were beginning to show signs of a bit of wear and tear. Although you think so from the run of results.

If the squad come back fully recharged and firing on full cylinders then we could be in for a rather exciting and pleasing end to the season. Let’s hope so.

From the fans perspective, we got to see some of the stars of the future at close hand. And didn’t those future stars shine. I think there was enough evidence on show to confirm that we have players coming through that will not only save us a lot of money in the transfer market but will go on to prove to be excellent additions to the first team squad.

Without a doubt they all did us proud around the Fields of Anfield Road on Tuesday night.

Yes indeed, everyone’s a winner. And most certainly the kids are alright. Chelsea next. I wonder who will play for us in that game?

Thanks for visiting and thanks for reading my latest post. If you would like to see more information about Liverpool then head on over to my main website by clicking HERE.

I earn commissions from Amazon for any qualifying purchases made from this website. 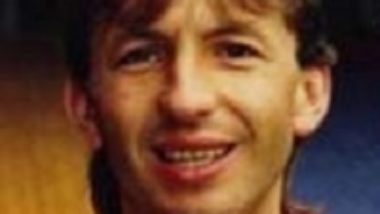 February On This Day

On This Day 10th Feb-We Signed?

(16315)
£0.00 (as of August 19, 2022 05:52 GMT +00:00 - More infoProduct prices and availability are accurate as of the date/time indicated and are subject to change. Any price and availability information displayed on [relevant Amazon Site(s), as applicable] at the time of purchase will apply to the purchase of this product.)
24/7 LIVE STREAM: Manchester United content available all day, every day, with the live MUTV stream. VIDEO ON DEMAND: Catch up on your favourite Man Utd programmes anytime with our on demand content. MY LIST: Add shows and episodes to create your own... read more

(329)
(as of August 19, 2022 05:52 GMT +00:00 - More infoProduct prices and availability are accurate as of the date/time indicated and are subject to change. Any price and availability information displayed on [relevant Amazon Site(s), as applicable] at the time of purchase will apply to the purchase of this product.)

(4890)
10% Off £64.99 £57.95 (as of August 19, 2022 05:52 GMT +00:00 - More infoProduct prices and availability are accurate as of the date/time indicated and are subject to change. Any price and availability information displayed on [relevant Amazon Site(s), as applicable] at the time of purchase will apply to the purchase of this product.)
Explore new gaming frontiers on your PS5 console with the DualSense Cosmic Red wireless controller. Part of a new line-up of galaxy-themed colours, this vivid two-tone design is inspired by the uniquely stunning shades of red found throughout the cos... read more